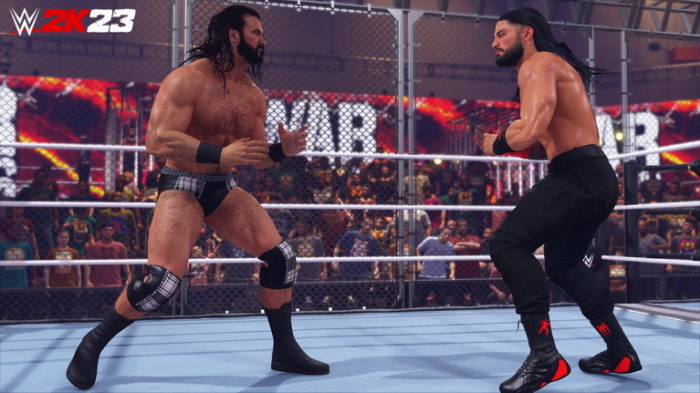 This year’s WWE 2K is an event. 2K has announced WWE 2K23, which evolves the formula of its predecessors (and especially last year’s which breathed new life into the series). WWE 2K23 features, among other things, a new version of the 2K Showcase based on John Cena’s career, WarGames (for the first time in WWE 2K), as well as several other classic modes that are returning and improved. The game’s roster includes many well-known names from WWE’s past and present such as Roman Reigns, Cody Rhodes, Ronda Rousey, Brock Lesnar and Steve Austin. Finally, the creators promise realistic graphics, animations, cameras and lighting, plus accessible handling and a new (optional) pinning mechanism that adds to the experience. WWE 2K23 comes out March 17 for PS5, Xbox Series X/S, PS4, Xbox One, and PC. Watch first video and tell us if you are interested! Are you a fan of the WWE 2K series?

Game20.gr, the Asylum of gamers

The Egyptian state fulfills its promise.. How did the president’s promise to land a plane in Arish and Rafah come true?

Doctors will chamber in government hospitals: what is the issue

How the Nipah virus spreads