0
SHARES
0
VIEWS
Share on FacebookShare on Twitter
Yes, the series The Last of Us HBO’s is generally faithful to the game’s script, but in the second episode there is a very large deviation. This one has to do with Tess’s death. Instead of being shot dead by FEDRA soldiers at the Massachusetts State House, Tess (Anna Torv) sacrifices herself to a horde of infected in order to give Joel (Pedro Pascal) and Ellie (Bella Ramsey) the time they need. to escape. Her plan was to blow herself and the monsters up before succumbing to the aftereffects of the bite, a clicker places its tendrils in her mouth, just before the big explosion. This was seen as a “kiss” and now Craig Mazin and Neil Druckmann explain their thoughts that led to the “divergence”.

“We did our first research on what fungi actually look like. I found this image that an artist had created of someone who was overrun with fungus and had mushrooms in their mouth,” Mazin told Variety. “We were already talking about tendrils and asking these philosophical questions, ‘Why are infected people violent?’ If it’s about spreading the fungus, why do they have to be violent?” We concluded that they don’t. They’re violent because we resist, but what if you don’t resist? What does it look like if you just stand perfectly still and let them do this to you? “.

Mazin then added that it was something primitive, something disturbing and very violent.

Druckmann added: “Because we’re tough on characters we love so much, she seemed to know she was done and then the lighter wouldn’t work, so we took her to the end of the horror ride before sending her out.” 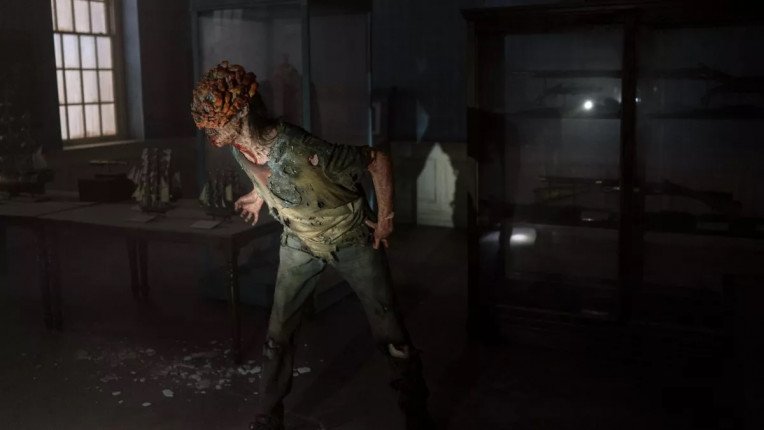 Sisi: This country has always been the birth of heroes. We need to feature these characters in soap operas

Masrawy Podcast | “Bernice the Egyptian” .. the secret of a city that disappeared from existence and returned again

Masrawy Podcast | "Bernice the Egyptian" .. the secret of a city that disappeared from existence and returned again