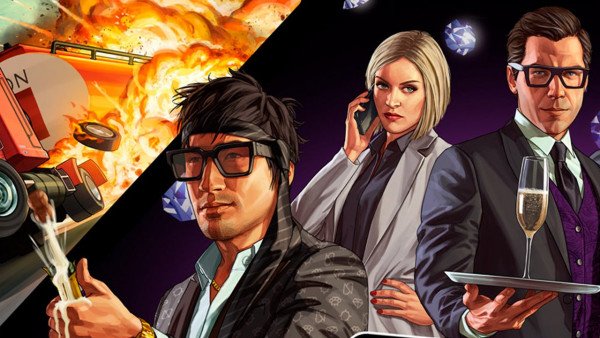 The last “hole” found in his security system Grand Theft Auto Online on PC, it rings the alarm bell for all users on the same platform. Recently there has been an increased number of reports from players who were unable to log into their account, or found it corrupted due to actions taken by cheaters.

The new vulnerabilities in Rockstar’s systems were spotted by user Tez2, who revealed that players must absolutely use a specific rule in their firewall when logged into the game. The user recommends “Guardian” by Speyedr. See the related Tweet for details: (Tweet Embed)

On Reddit, the GTA Online community has pinned a post where players can find the necessary information to report the breach en masse to Rockstar.

The post on Reddit states that it is not at all safe to play the game on PC right now, as a very dangerous vulnerability has been discovered. In fact, it is reported that it is equally dangerous to play online only by invitation to trusted users. Even the single player story can be dangerous at this stage.

Many players recommend avoiding Rockstar accounts altogether, even if you’re playing Red Dead Redemption 2, just to stay safe until the crisis is resolved.

If you are among the sufferers, Tez2 suggests a temporary fix. You can delete the “Rockstar Games” folder from the My Documents folder and launch the game to have them automatically recreated.

It’s now essential you have a firewall rule installed while playing until Rockstar properly address the new exploits.


Please follow this link so that we can help you one-on-one: https://t.co/AX71wsnRZ1 *MS

The prices of vegetables and fruits in the transit market during today’s trading, Saturday