Egypt enjoys a distinguished geographical location that makes it able to provide different types of tourism. Most notably: cultural tourism, medical tourism, and wild tourism. It also enjoys a developed infrastructure for tourism, especially hotels in tourist destinations, as well as the commitment of major international hotel chains, such as Hilton and Starwood, to expand in the long term. 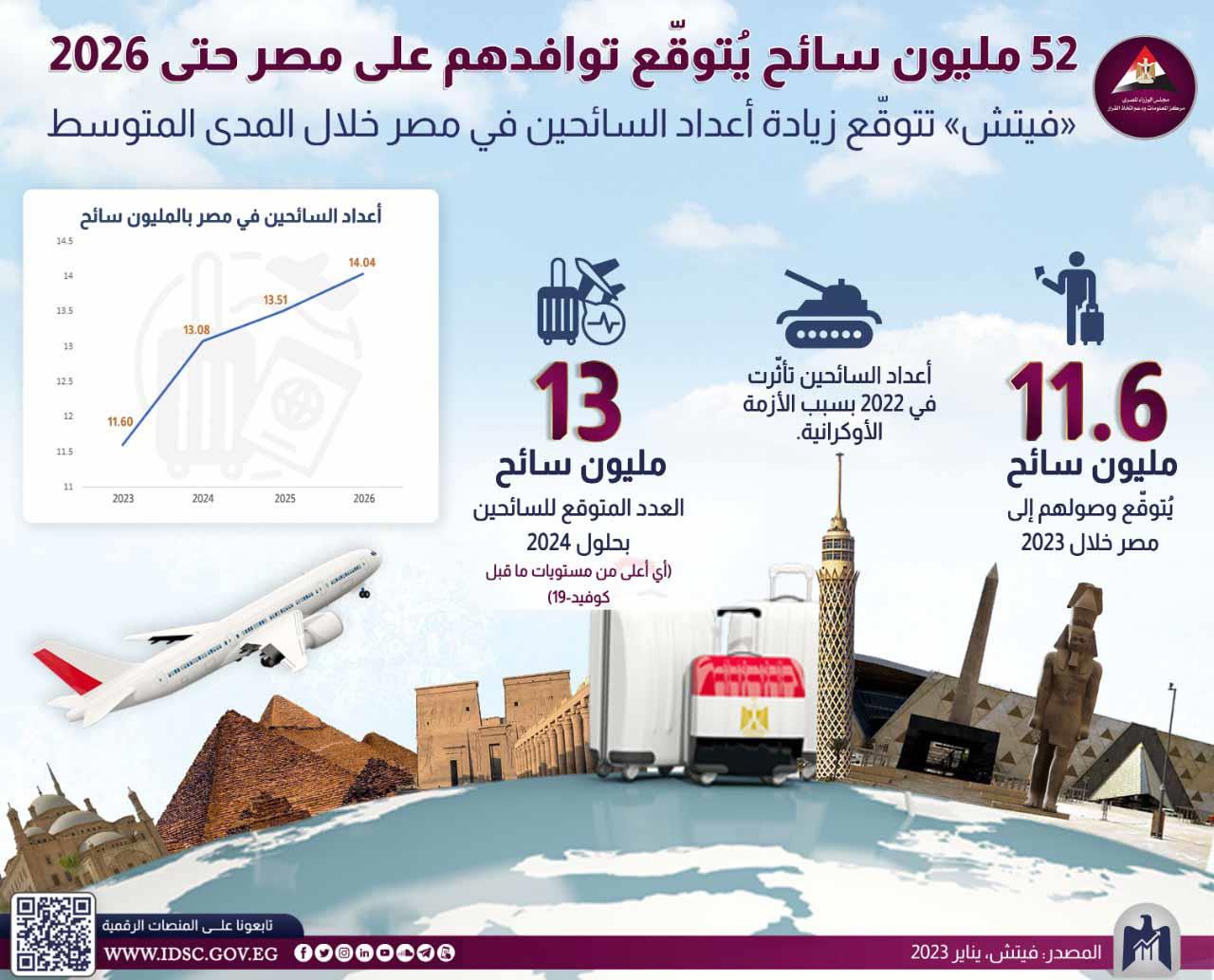 Ronaldo was impressed by the ‘great support’ of Al Nasr fans

Why not form a commission to reveal the names of the behind Kushilavs: High Court

Two dead due to heavy snow in Poland, Slovakia and the Czech Republic

Someone dressed as an executioner causes the German police to intervene

Jordan: Our position is firm and solid on the Palestinian issue, especially Jerusalem and the refugees

Resumption of flights at Al-Rayyan Airport, Yemen, after a 9-year hiatus

Why not form a commission to reveal the names of the behind Kushilavs: High Court

The result of preparatory school in Giza .. Dokki occupies the first place and Bahariya Oasis last