Survival horror games have changed drastically over time and have adapted to the needs and searches of the players, following the evolution and the era. Signalis, from the two-member(!) Rose-engine, is here to remind us what the term “survival horror” meant decades ago, when series such as Resident Evil and Silent Hill that were to leave an era were starting.

Trying to explain the history of Signalis is like trying to stop water in the palm of your hand. There is no beginning, middle and end here, the real is intertwined with the dreamlike, memory walks side by side with reality. Roughly speaking, the game takes place in an unknown universe, whose ruling nation is the Eusan. With the boom in technology and interplanetary exploration, the Eusan are sending human-robot hybrids (replikas) on missions to establish colonies. One such hybrid is the protagonist Elster, whose ship crashes on an unknown planet during a mission. Waking up in confusion and doubt, she tries to discover the traces of her mission leader and close friend, Arianne. The game’s particular aesthetic, along with its many different narrative genres, Lovecraftian influences, and contrived obfuscation of events through confusing cutscenes, leaves little room for explanation. It is a theoretical journey with multiple fees, allowing you to create your own cases according to your choices, ultimately being a completely personal and internal experience.

Signalis is a third-person sci-fi survival horror with a 2.5D isometric camera, and there are moments with a first-person perspective. There are optical filter options for an even more retro experience and two levels of difficulty. The character menu and inventory effortlessly lend to the game’s indie and nostalgic approach. Lean, uncluttered with no special explanations and guides, except that you find out through scattered notes. The “old fashioned survival horror” characterization is fully reflected here. Along the way you find many objects, but your inventory is only six places. It takes an excellent understanding of your needs at every moment, because you often cannot get an important item due to lack of space. This means straight up pointless backtracking to dangerous rooms or worse destroying or forcing the use of valuable supplies. There are classic save rooms where you can store whatever you want in special chests for later use. Only in these rooms can you save, as there is no autosave, meaning that if you die there’s a serious chance you’ll lose several hours of gameplay, from some bad design or an unfortunate last-minute inspiration. At least for most of the game there is an informative map that you refer to a few times, as the tracks are maze-like with many rooms leading to other rooms and loads of puzzles in between. 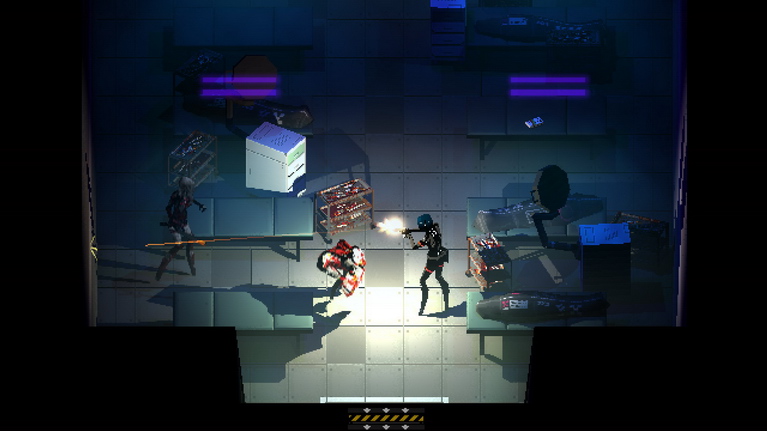 The small inventory also affects the strategy you follow in battle. In the standard of modern survival horror titles, there is a rich arsenal that you gradually find, but that’s about it, as you almost always have to be very selective with what you carry. There are pistols, carbines, automatics and several other weapons that, together with their ammunition, each take up two slots in your inventory. This, and the fact that some weapons are more useful than others on certain tracks, means that a wrong weapon choice can throw off your entire balance and lead to a game over with all that. If you add to the equation all the different health replenishments necessary for your survival and the dozens of items required to solve puzzles, you can understand that perhaps the biggest enemy you face is your own inventory.

Regardless of space management, however, the large arsenal offers a taste of rudimentary security. The aiming system is classic stop and aim, which means you have to keep your distance. It does present some minor problems due to the 2.5D perspective, as sometimes you raise your weapon and while the enemy is next to you you aim just next to them but off target. Following retro minimal standards, the aiming system is represented by a red square centered on the target, while if there is no clear target it is shown with a red X. The Elster also has a slot to equip a special tool. This slot is equally important as there are several tools each with a different utility, such as the flashlight that illuminates dark rooms and traps, the thermite that burns enemies, and healing that activates instantly upon your death (instant resurrection without game over). Proper weapon, tool, and health replenishment item selection and management is the golden trinity of your survival. Speaking of health replenishment, it’s worth mentioning that most items replenish your health gradually unless you mix them with something else. 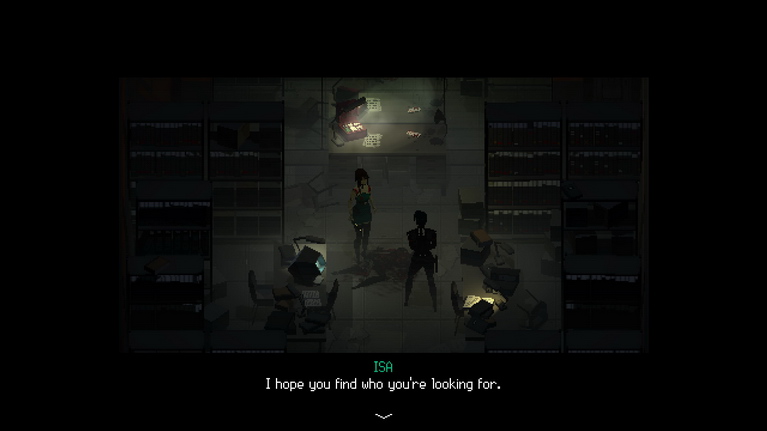 The battles are stressful and intense, but not always necessary. Due to the many enemies and low ammo, it’s best to engage only when absolutely necessary to advance. Elster can either run from room to room at the risk of being spotted, or take a more cautious approach by walking slowly and behind enemies, saving ammunition and potentially a difficult combat situation. There is a relatively small variety of enemies that patrol the tracks in various variations. Their design is dark and grotesque but rather vague and vague in detail. Although there are enough of them and usually in groups in tight spaces, they mostly exist to stress you out and make you constantly review your course of action and the path you follow. Will you choose the long and safer path that leads to the goal or the short but dangerous path with many enemies? Of course, this does not mean that if they see you, they are not a threat. They are fast, resurrect if you don’t burn them, and can lay you down with a few hits if you don’t react. As for the big bosses, there are only three (including the final one) that require a specific strategy to defeat. The final battle steals the show as it has several phases.

The game’s puzzles are a double-edged sword. They are not gifted with simple brainteasers of the type “put the square can in the square case and not in the round case”, but they require you to “blood” and push you to your limits. Dozens of puzzles that require exploration, backtracking, many different objects, reading notes and photographic memory, test your endurance and remind you of puzzles from legendary adventures. It is no coincidence that there is a special tool with which you can take and save photos of strategic importance for solving puzzles for easy reference when needed. Also a very important and active role in solving the puzzles is played by a radio that the protagonist has, which also has multiple uses. You can change frequencies to unlock messages, codes and creepy recordings, and even use it in battle to take out a certain type of enemy. Several puzzles rely on using the correct frequencies (although the frequency change isn’t as quick as we’d like) and overall the radio is a nice addition and indie homage to old survival horror. Finally, it should be noted that even the ending of the game itself is a puzzle to solve, leaving you with the final decision and doubt whether the game is really over or there is still a continuation to the story. 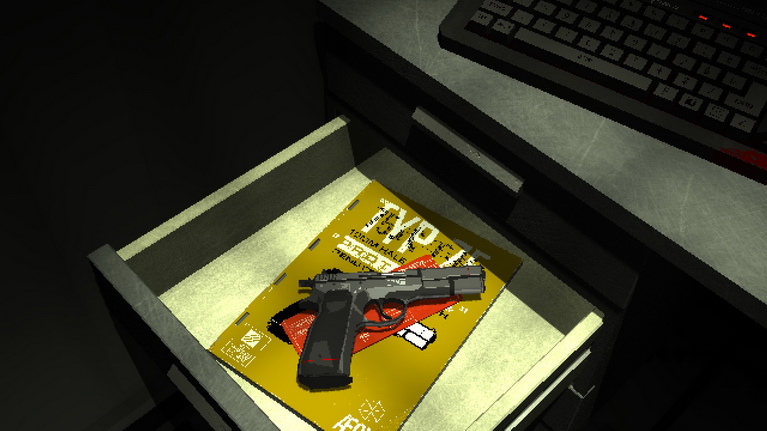 Visually, Signalis as today’s release certainly doesn’t impress. The “pixelated” and “gritty” PS1-style graphics lack detail and are quite dark. But if we focus on the pure indie nature and clear retro style of the game, we can’t help but respect it and realize how well suited its graphics are. The dismembered corpses, the dark rooms, the gruesome moving masses are all described in chilling detail by the protagonist and make your imagination run wild. The game doesn’t require you to see to believe, just let yourself and your imagination run wild in the visual and descriptive experience presented to you. And the sound field is devoted mainly to creating a melancholic and “heavy” atmosphere. A mournful piano melody plays in the background and changes volume and depth depending on whether you’re engaged in combat or visiting a safe room for a save. The complete absence of voice acting “hits” a bit badly, but this too is considered legitimate following the general style of the game.

Signalis is a special case of a game, as its positives for a portion of players accustomed to modern survival horror experiences may be negatives. Certainly at first glance, it is divisive with its style and aesthetics, as it looks like it sprung from the 90s. But it has the same “soul” that the survival horrors we grew up with had (and let them get off their course a little later). If you get over your possible initial hesitation and give him a chance he will more than compensate you.

The campaign did not stop parabon cutting

Qatar holds Israel responsible for the widening cycle of violence