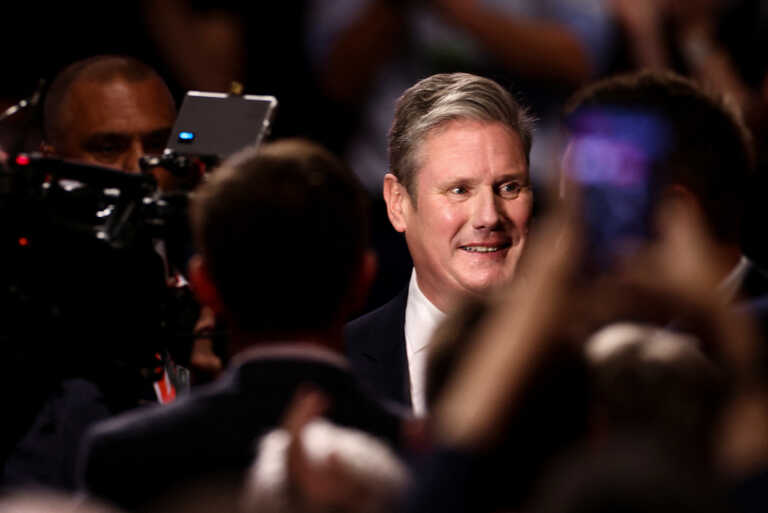 The difference between the Labor Party and Britain’s Conservatives exceeded 30 percentage points, according to a new poll by the YouGov institute that saw the light of day today (29.9.2022).

The capital: the arrest of a network specialized in organizing incendiary trips

A girl’s story and cyber crime

Sweden: Sent PKK Kurd to Turkey – Tried as a Terrorist in Istanbul

In the wake of turmoil in stock markets over the Conservative government’s planned tax cuts in Britain, the poll gives Labor its biggest-ever lead and the party’s biggest win in any poll since the late 1990s.

In particular, in the YouGov voting intention poll, 54% chose Labor compared to 21% who supported the Conservatives. The survey was conducted the previous two days with the participation of 1,712 adults.

In an earlier YouGov poll this week, 45% backed Labor compared to 28% who backed the Conservatives.

Liz Truss became Britain’s prime minister on September 6 after securing the leadership of the ruling Conservative Party following the resignation of Boris Johnson. The next national elections will be held, barring unforeseen circumstances, in 2024.

The leader of the official opposition, Keir Starmer, said a few days ago at the annual conference of the Labor Party that the next election is an ideal opportunity to take over the government of the country, after four consecutive electoral defeats.

The article ‘Crush’ of Conservatives gives new poll in Britain – 33% lead for Labor was published in Fourals.com .

The capital: the arrest of a network specialized in organizing incendiary trips

The security services of the first district of the judicial police in the state of Algiers managed to arrest seven...

A girl’s story and cyber crime

As technology advances, so does the type of cyber crime. The most common of these is harassment or humiliation by...

Sweden: Sent PKK Kurd to Turkey – Tried as a Terrorist in Istanbul

Sweden has deported a member of the PKK (Kurdistan Workers' Party) to Turkey. Mahmut Tat was sentenced by a Turkish...