Iran: The situation in the country is out of control – More than 30 dead in the protests for Amini

The situation in Iran is out of control, with many women and men erupting after the murder of 22-year-old Mahsha Amini by the “morality police” because… she was not wearing the hijab properly.

According to what has become known, more than 30 people have been killed in the protests that have broken out in Iran, with the police hitting the “search”.

Reports are of 32 dead, with mass protests continuing, with women burning their hijabs.

“The Iranian people took to the streets to fight for their fundamental rights and human dignity, and the government is responding to these peaceful protests with bullets,” complained the director of the NGO Iran Human Rights (IHR), Mahmoud Amiri-Moghaddam. in a statement released after six days of protests.

Indeed, the efforts to suppress the mobilizations have made cities that are literally on fire, with the citizens not stopping to “fight”. Videos posted on Twitter showed images of chaos, fires in main streets and protesters – including many men – pelting doors and walls with stones.

It was Iran’s Green Revolution that inspired me to join Twitter in the first place because it’s a place where change is made possible. https://t.co/Mpw891FIDy

There are dozens of injured, while at the same time the government is trying to downplay what is happening, talking about 17 dead. 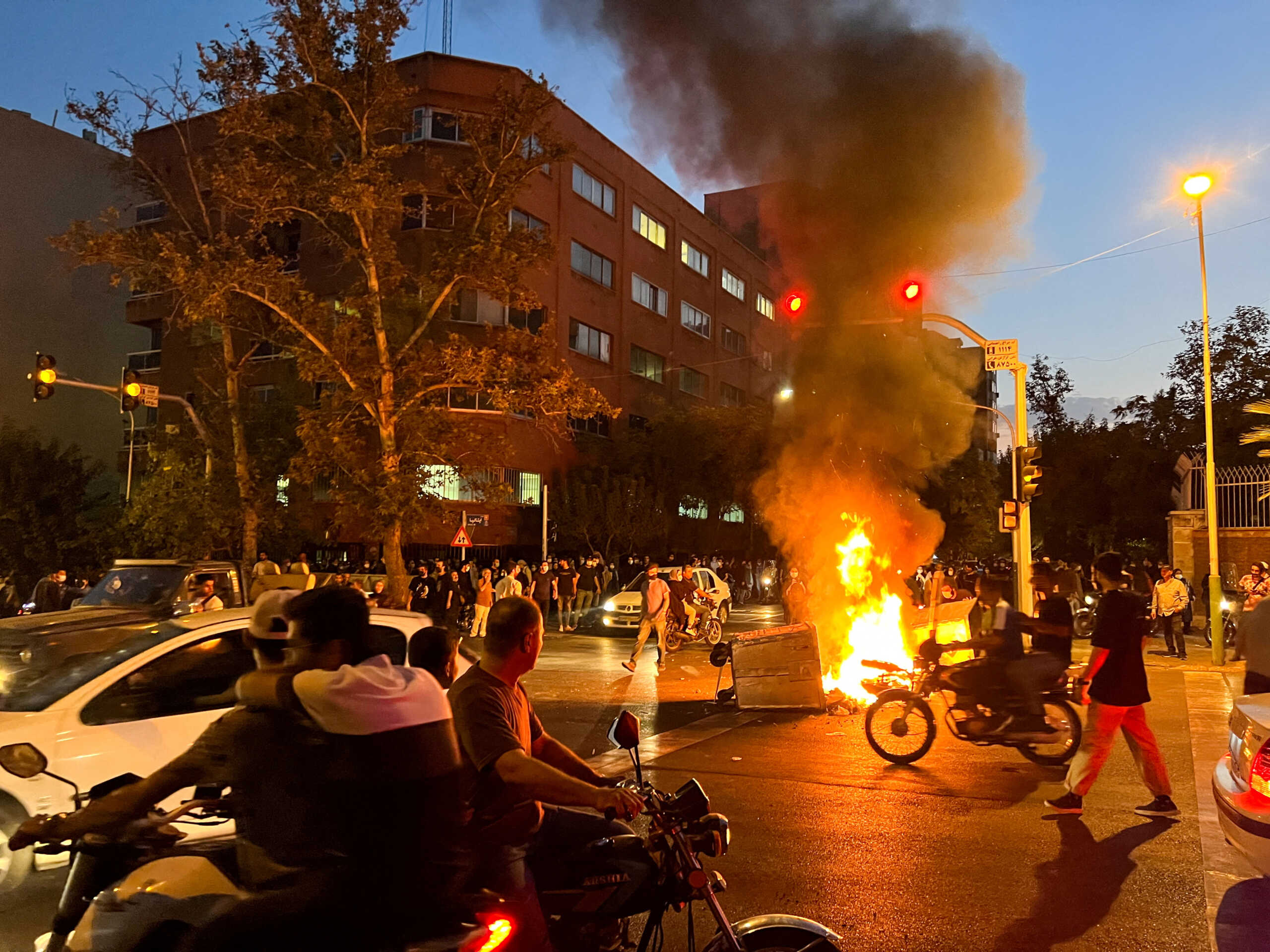 It’s 10:15 PM Tabriz time. The internet is weak. Some streets have been intentionally cut off. People are banging stones on doors and walls. It’s like the sound of a war drum. There is a bright fire everywhere. The city is under martial law.#mahsaamini#OpIran # Mahsa Amini pic.twitter.com/iTqi71h1yQ

In fact, the videos manage to go around the world even though the state restricted access to the internet and social media such as Instagram and WhatsApp, as another act of suppressing the freedom of citizens and wanting to “muffle” their voices.

In the climate of resistance created by the protests worldwide, Christiane Amanpour, one of the world’s most recognizable journalists of Iranian origin, had scheduled an interview with the country’s President Ebrahim Raisi.

However, he asked the CNN reporter to wear a headscarf and of course she refused, so the interview never took place.

“There is freedom of expression in Iran, there are no signs of abuse in Amini”

There is freedom of expression in Iran, but the protests that have taken place in recent days are “unacceptable” and cause chaos, President Raisi said, referring to angry reactions to the death of 22-year-old Makhsa Amini.

The Iranian president promised that a thorough investigation will be conducted into the circumstances of the 22-year-old’s death, noting that in the medical examiner’s report there are no signs of abuse of the girl by the police. He did not fail to accuse the West of “hypocrisy”, stating that human rights violations must be examined globally and “not with double standards”. 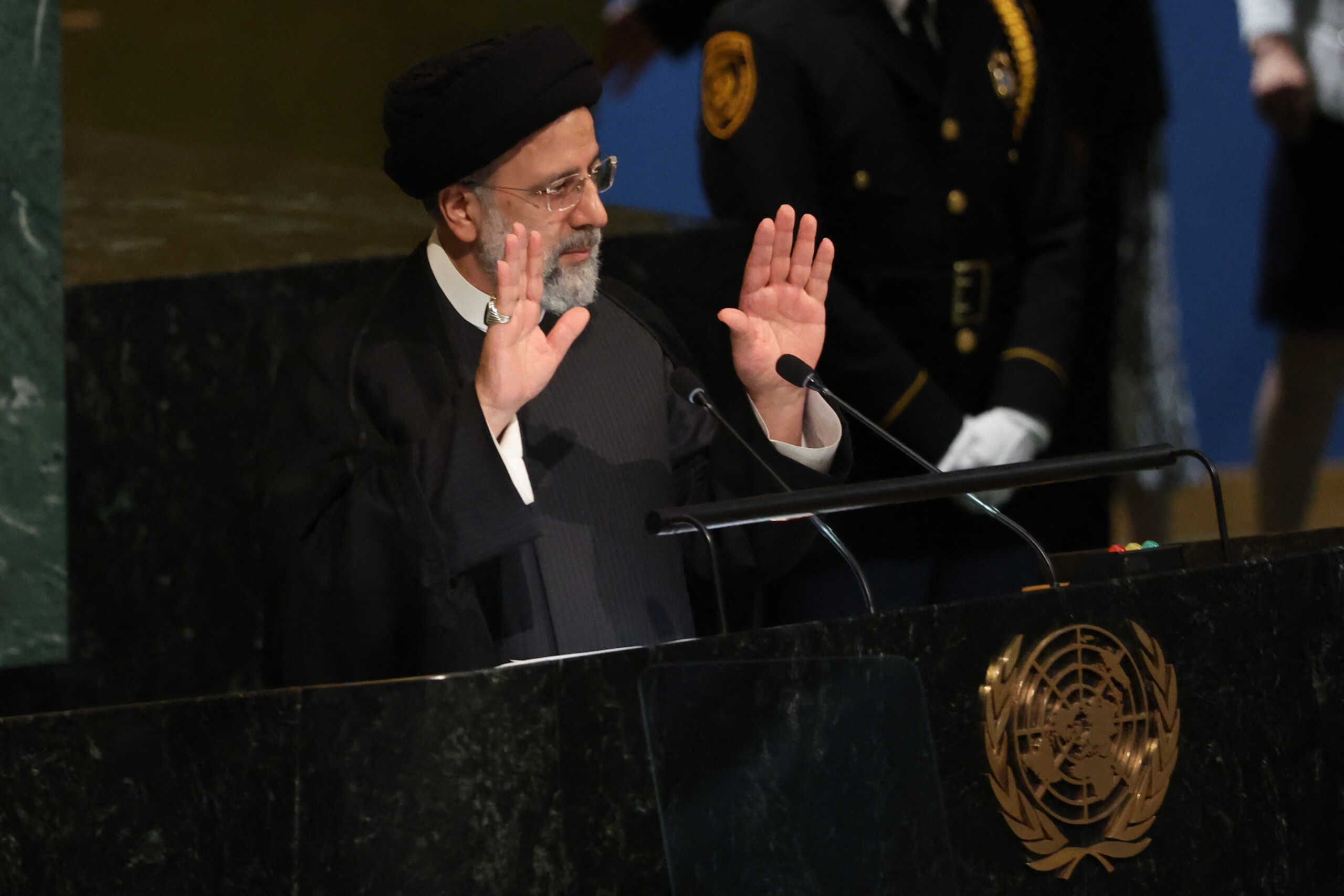 The tragic story of Mahsa Amini

It is recalled that 22-year-old Mahsha Amini was arrested for not wearing the hijab properly in Iran by the morality police. According to complaints, he was hit on the head by the authorities, while the official version states that he suffered a heart attack after being arrested by the morals police.

Makhsa Amini was on a visit to Tehran with her family when she was arrested on Tuesday by the special police unit responsible for enforcing the strict “dress code” for women.

Tehran police said on Thursday that Amini was arrested along with other women to be given “instructions” on the dress code. Two hours after she was taken to the police station “she suddenly suffered a heart attack (…) she was immediately taken to a hospital”, added the same source.

The way in which the wealth was acquired must be answered