Digimon has its own devoted audience, not so much as videogames (although they have quite a bit of tradition from the first PlayStation), but as anime. If nothing else, the phrase “with love as my guide, my Digimon and I” is woven into the childhood of many. In recent years, of course, Digimon series such as Digimon Tri deal with more mature themes. This is also reflected in Digimon Survive, which is essentially a visual novel with bits of (mediocre to bad) tactical RPG in between.

The story revolves around a group of children during spring break, who engage in extracurricular activities related to the historical study of the legend of Kemonogami (local monstrous deities). There they encounter a koromon, while a scream causes them to run to find a classmate being attacked by a digimon of unknown origin. But before they fully understand what is happening, they are transported to another world that is relentless and completely empty of any other human presence. The story features quite mature themes, from various psychological instabilities to dealing with the loss of death.

Playing as Takuma Momozuka, you can talk to your five classmates but with only four socializing points in your possession at a time. Thus, the game indirectly gives you the trigger to build relationships with the classmates you like the most and by extension unlock more powerful digimon. Of course, the game does not hesitate to exclude characters. So it’s very possible that one of your favorite characters will see the radical upside down. However, this does not mean that your decisions do not have an effect on the story. 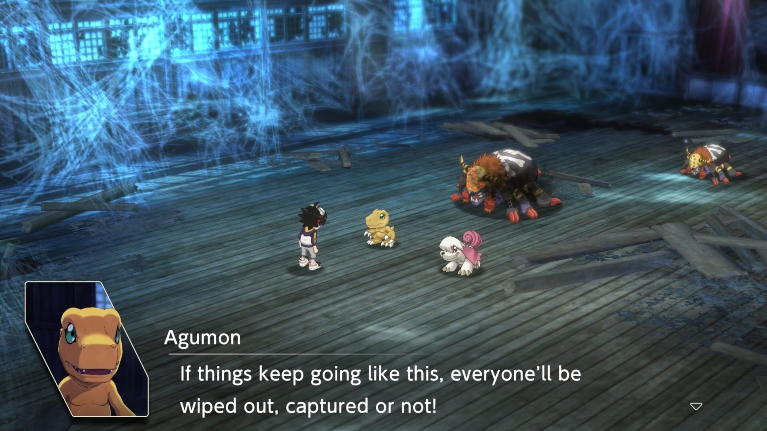 The other aspect of the game is about turn-based strategy battles like Final Fantasy Tactics. You and enemies take turns to move characters around the battlefield and attack with simple or special moves. Digivolve uses SP each round. You also have to take into account the SP that each move uses, so along with your digimon’s digivolve stage you have to calculate that stronger attacks and those that cover more squares use more SP. This puts you in a risk-reward system that can make for some pretty impressive wins, but once your SPs are depleted your digimon ends up in its original form and most likely the thymes. Of course, you can during the “free time”, in which you socialize with the other characters, recruit other digimon to your company. This is done through a small battle and then catching up with them and choosing answers that you think the digimon would like, but in reality you’re just luck.

Understandably the tactical RPG aspect is there to balance out the visual novel aspect, but it really lacks any depth. Yes, there are mechanisms somewhere in the beyond like the classic data vs vaccine vs virus types where each guy can defeat the other in a rock-paper-scissors style, but you’re going to care little about it and prefer brute force most of the time. At the same time, the creators knew that this part of the game will be the least favorite of the players and have included reduced and faster animations, progress of the battle in fast forward or completely automating it for those who are bored of getting involved. 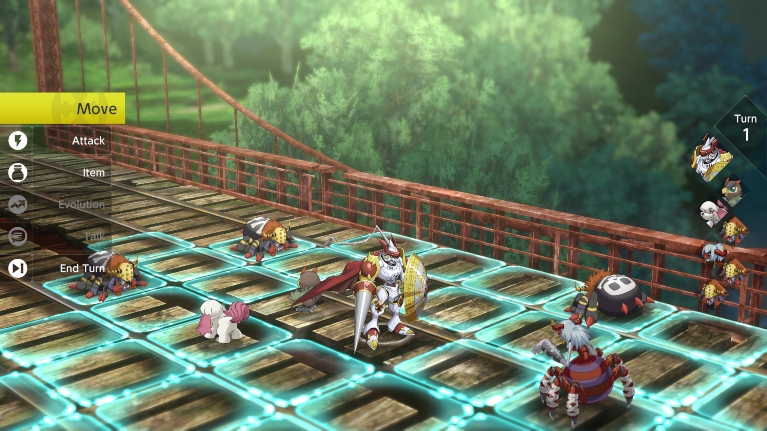 This also has an impact on the visual field. While you’re in the visual novel part of the title, you’re dealing with well-designed characters that are very close to neat anime quality, with an excellent color palette and environments that lend an awfully nice atmosphere to the story. On the other hand, the battles don’t have that much visual interest, and since you’ll want to get back to the story as quickly as possible, you’ll hardly notice anything interesting in terms of the graphics style. As for the audio, call me weird but I think it’s good that the Japanese voice acting is kept, since most anime fans prefer original voices and English subtitles. The music is quite atmospheric as are the sound effects, although in the battles the voices of the digimon saying the same thing over and over again are definitely annoying.

Digimon Survive is a… weird jumble. On the one hand it has quite an interesting story, but on the other hand it tries to break the monotony with tactical RPG elements without framing them or giving the corresponding depth. I wouldn’t say that they are incompatible, but here the necessary design choices that could harmonize the two elements are missing. However if you can put up with the problematic tactical RPG part of the game, you will enjoy perhaps one of the best Digimon stories ever.

The UN reveals war crimes in Ukraine! Torture and rape regardless of gender, 4 to 82 years old victims

The UN reveals war crimes in Ukraine! Torture and rape regardless of gender, 4 to 82 years old victims