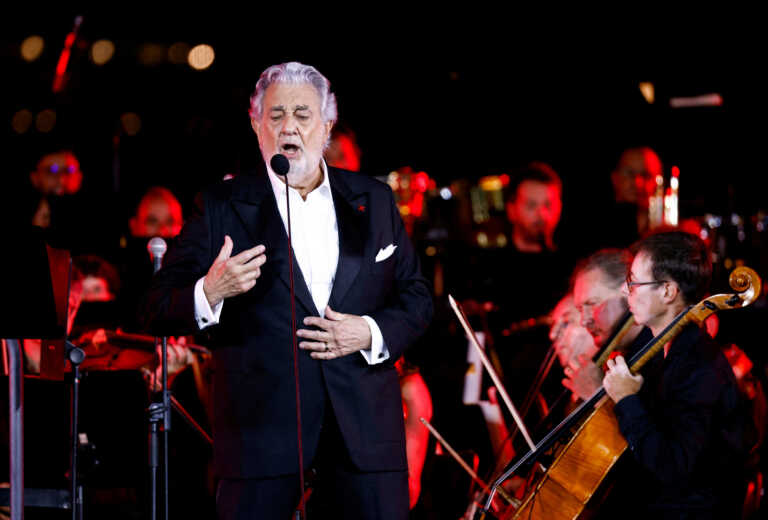 After the serious allegations of sexual harassment, the name of Platido Domingo is linked to a criminal organization in Argentina. International media claim that the once powerful opera man was a member of an organization operating in Buenos Aires and sexually exploiting minors.

The revelation of Platido Domingo’s involvement, as reported by the Spanish newspaper El País, came after a major investigation by the authorities into the BA group, which operated under the name Buenos Aires Yoga School. According to international media, the police carried out 50 raids and made 19 arrests, while they also seized assets.

According to El País, according to the evidence available to the authorities, politicians, influential people and many people from the entertainment industry are involved in the criminal organization. Among them is Platido Domingo, with many media outlets in Latin America having broadcast excerpts of recordings in which they claim he is the former powerful man of opera and in which he is said to be a particularly active member of the ring.

In said snippets of recordings, which were obtained by wiretapping, a man’s voice can be heard making plans with other members of the organization. It is noted that the dates of these recordings have not been made public.

It is recalled that since 2019, more than 20 women have appeared in public, who speak of the inappropriate behavior of the well-known Spanish artist. As a result of these accusations, Platido Domingo parted ways with the New York Metropolitan Opera and resigned from his role as general manager of the Los Angeles Opera in California.

A 2020 investigation by the American Association of Music Artists (AGMA) also concluded that Platido Domingo, 81, engaged in inappropriate behavior towards female artists. As part of this investigation, at least 35 female singers, dancers, musicians, vocal teachers and stage technicians testified that they witnessed or experienced the artist’s inappropriate behavior over the past 30 years. At the time, Platido Domingo issued a statement saying he respected the women’s decision to speak out and was “truly sorry for the pain he caused them.” The Los Angeles Opera, in its own investigation, concluded that ten of the allegations against Domingo were “credible”. None of the cases have gone to trial.

Platido Domingo, in the interview he gave to the newspaper El Mundo, said that he never harassed anyone and that he feels that he was condemned in the court of public opinion, because he did not speak out. “The main mistake I made was that I remained silent for so long,” he said in his written answers to the Spanish newspaper. “I don’t like conflicts. That’s why I stepped aside and didn’t speak my mind, while I watched how, in an instant, years of work and efforts were erased,” he added. According to Domingo, the AGMA investigation was biased and did not include specific facts.

The article Placido Domingo: The tenor is accused of participating in a criminal organization of the exploitation of minors was published in Fourals.com.

Embracer Group acquires the rights to The Lord of the Rings and The Hobbit and acquisition of 6 more studios – Fourals.com

Currently, apart from hiding the disliked posts, they can also be reported to Facebook if necessary. Using this new facility,...