The Greek hospital in Istanbul is on fire 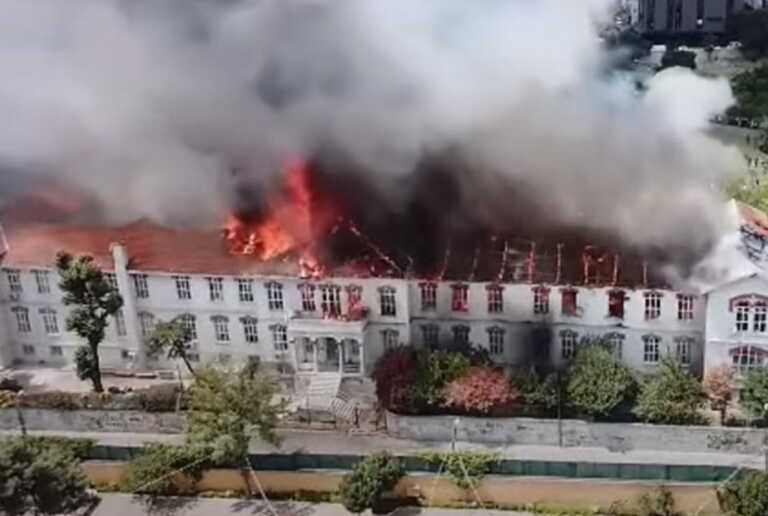 A big fire has broken out in Istanbul and especially in the Greek hospital “Baluki”.

According to the Anadolu agency, the flames from the fire at the Greek hospital in Istanbul have already burned a large part of the building and have reached enormous proportions.

About 100 patients are being treated at the hospital and many of them have already been transferred to adjacent hospitals, far from the burning building, fortunately without being burdened by the fire.

The mayor of Istanbul, Ekrem Imamoglou, also arrived at the scene, while thick smoke has covered the entire area.

Our teams are responding to the fire that broke out in Balıklı Greek Hospital. https://t.co/V5A8fOYoUA

The causes of the fire remain unknown.

The article The Greek hospital in Istanbul is on fire was published in Fourals.com.

The regions of Ukraine annexed to the Russian mainland are Kherson, Zaporizhzhya, Luhansk and Donetsk. Referring to the territories as...

WHO usually stocks cholera vaccine for emergencies. However, Philip Barboza, the official of the organization, highlighted the lack of vaccination...

Ukrainian President Volodymyr Zelensky said today (30.09.2022) that Ukraine has officially submitted a request to join NATO. The request for...