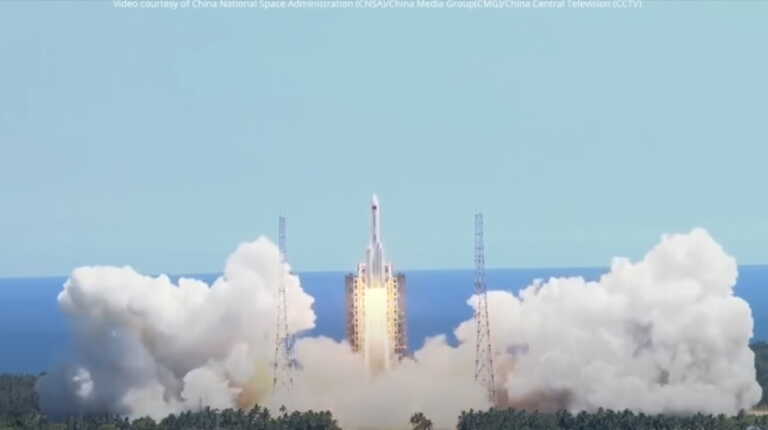 Debris from a Chinese missile is likely to fall in our country on July 30 or 31, with the predominant areas being northern Greece and Crete.

According to the European Union Aviation Safety Agency (EASA), a huge Chinese Long March 5B (codenamed CZ-5B) missile that took off on July 24 is in the process of crashing into the planet .

As CNN reports, the Long March 5B rocket carried a laboratory module to the space station that China is building. The launch was successful, but the rocket carrying the cargo does not continue its journey and falls back to Earth.

Under normal circumstances this should not cause a disturbance, as it is a common procedure during space travel for the rockets used to accelerate the respective spacecraft to return.

In this particular case, however, the 30-meter-long rocket weighs about 22 tons and is considered quite difficult to break into very small pieces, as long as it rotates in the Earth’s orbit. At the same time, it does not have the established control system, which enables one to give a predetermined impact path. Thus, the object “enters”… uncontrolled on Earth and its point of impact is uncertain.

The article Debris of a missile weighing 22 tons is likely to fall in Greece at the weekend was published in Fourals.com.