Abortions in the US: Silent fish from big law firms 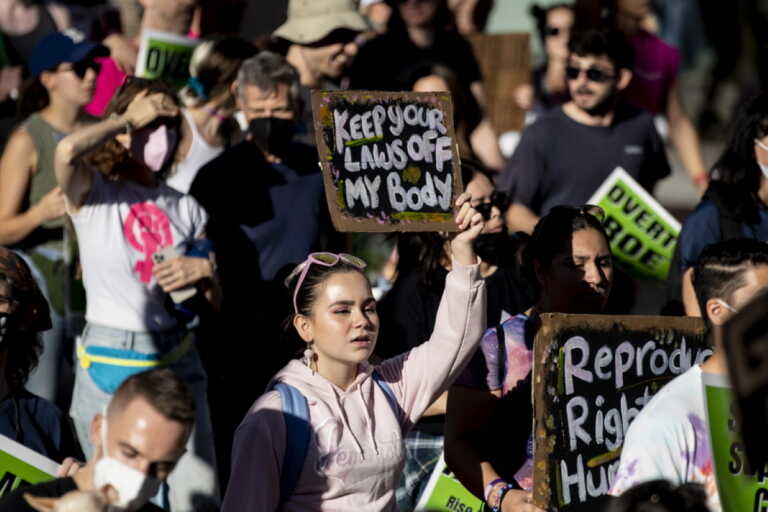 Some of the largest law firms in the United States have avoided taking a public stand on the Supreme Court’s anachronistic ruling on women’s right to abortion.

It is noted that on Friday the US Supreme Court overturned the historic Roe v Wade decision to legalize the right to abortion.

However, with their silence, law firms have differentiated their approach from the attitude of some large companies that issued announcements about the said decision that is attracting the interest of American public opinion.

The U.S. Supreme Court ruling (Dobbs, by a vote of 6 to 3) upheld a Republican-backed Mississippi bill that prohibits abortions after 15 weeks of gestation.

Several states are expected to further restrict or ban abortions after this decision.

Reuters asked on Friday more than 30 law firms in the USAincluding the top 20, based on the total number of lawyers employed, for their comments on the US Supreme Court ruling and also whether they would cover travel expenses for their employees, who would like to make abortion.

The vast majority of offices had not responded by Saturday afternoon, but only two (Ropes & Gray και Morrison & Foerster) they replied that they would implement such a travel policy for the convenience of their employees.

The law firm Morrison & Foerster, which employs approximately 1,000 lawyers, was the only one to issue a statement on Saturday afternoon.

The president of the company Lauren Naselsky Morrison & Foerster said it would “redouble its efforts to protect abortion and other reproductive rights.”

Dobbs’ decision was expected, as a draft legal opinion was leaked in May.

Several major US companies, including The Walt Disney Co and Meta Platforms, announced on Friday that they would cover the costs of their employees wishing to have an abortion.

U.S. legal experts say law firms will have a say in Dobbs’ decision in the future if its employees and clients push the firms into public office. For the time being, the management of law firms is carefully considering the pros and cons of public placements, including the possibility of causing dissatisfaction among their clients, according to the same views of experts in the field.

“Law firms acrobatic on a tightrope,” he said Kent Zimmerman, consultant to law firms (Zeughauser Group). “There is a variety of views between lawyers and their clients,” Zimmermann said.

Some companies have issued internal instructions to their employees regarding the decision. Julie Jones, president of law firm Ropes & Gray, said in an internal statement read by Reuters that the company would hold several social gatherings to discuss the decision and offer “consolation” to those in need.

“As the leader of Ropes & Gray, I’m concerned about the impact of this decision on our community,” Jones wrote, acknowledging that her note was likely to “provoke some sections of our community.”

A Ropes & Gray spokesman said Friday that employees who are part of the company’s medical plan can receive financial assistance to travel outside the state for an abortion.

Despite the small number of public announcements, a number of law firms hinted publicly, before the reversal of the Roe v Wade decision, that they would offer legal support to women who wanted to have an abortion.

The article Abortion in the US: Silent Fish by Major Law Firms was published in Fourals.com.