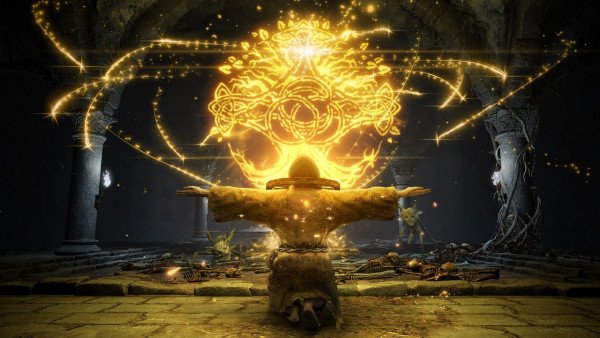 YouTuber MythyMoo posted a video with an unknown and invisible boss that he accidentally found on Elden Ring, thanks to a randomiser mod. This mod shuffles the location of objects and bosses within the game map, which obviously affects its difficulty. Apart from that, he also mixes up the names of the bosses.

During the test of the mod, MythyMoo passed through Consecrated Snowfield, an area with various bosses patrolling. Where Night’s Cavalry is usually located (one of the bosses spotted more than once) there was no boss. At least apparently. MythyMoo set out to find the boss to whom the mod would assign him and after a while health the health bar of a boss named Night’s Hunter appeared. Only Night’s Hunter proved to be invisible. The streamer tried to deal with it even so, until a second boss appeared to cause confusion.

What kind of clothes in the house