When action-adventure Baldo: The Guardian Owls was released last year, it ate the bear’s crack. Since then, its creators have made corrections (not corrections) and given us a 10 hour DLC (and finally sent us the game for review). You hear the villagers, the release of half-finished games has its benefits. Now if it is positive to have another 10 hours to play a game that is not something remarkable anyway I do not know, but it’s something too.

The protagonist Baldo is a good boy and a worthy lad and according to a prophecy the owls are the chosen one for the salvation of the world. This. From there our hero embarks on a journey full of puzzles and monsters and of course endless exploration of places like cities, temples etc. The whole game is a love letter in Zelda games. It seems that the creators are fans of the Nintendo series, but they slightly overdid it.

The game has an isometric camera inspired by the Zelda classics. Take on missions, kill enemies, solve puzzles, etc. Of course while all of this in Zelda is fun and entertaining, it’s not so much here. The game has many many small and big issues that prevent it from becoming a decent Zelda clone. The handling of the Baldo is direct and functional when it comes to the basic moves of attack, avoidance, running, etc. But when you need to use an object or browse the menus the functionality goes for a walk. Responsive buttons and options that require more moves than they should. Even the quest log (which in the first minutes is already full and you do not know what to do first) does not say which is a story quest or side-quest. The map is also poorly made, it does not explain how and from where you will go somewhere, while the points of interest are not interesting. Given the big world and exploration, which is a key part of the game, you realize the magnitude of the problem created by a bad map. 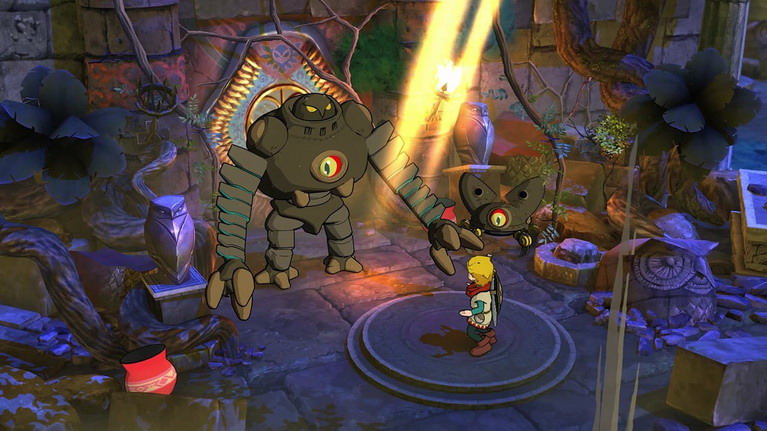 In terms of difficulty, we have a game that respects the gamer and the timehahahahahahahaha! The game has not even lost you and your time. Give backtracking and give difficult enemies for no reason. Until you take the sword and upgrade your health even a little, you have eaten the bear’s wood and the game does not forgive even with a confession. It’s not soulslike, but unfortunately that means that the deaths that await you are not fair. Enemies have no motifs, they hit the fish as you approach them, if you fall from the slightest altitude you find immediate death and your hearts of health are almost decorative. Fortunately, there is the assist mode that renews the health of the hero slowly but steadily.

Aside from the difficulty, most quests do not have a reason to exist and seem to exist simply to increase the duration of the game. You will tell me, many games have such missions. But what happens when these are the main game? Useless puzzles that do not offer the satisfaction of solving and just get tired. Find Mrs. Marigoula’s hens, bring Mr. Thanos’s red mullets, look for the key that unlocks the door that hides another door that unlocks with another key that hides another door that unlocks with another key. Mercy, take the seven sevens my man and do not educate us anymore. Collecting items, selling them, upgrading your equipment is one of your main activities and they are a big part of the game, but the aforementioned menu difficulties make it more tedious.

The characters you meet and the world around you are interesting and a good incentive for further exploration. There are several memorable and funny AI characters that are fun and goddamn. Also some locations offer beautiful touches and variety in the environments that make the trip to the world of Baldo a little more bearable. The dungeons, in addition to the unfair difficulty of the enemies and the awkward exploration, are varied and have enough hidden secrets and documents to discover. The camera also manages to have problems, although the game is isometric. Sometimes some objects are hidden behind walls and many enemies hit you without you seeing them on the screen. Finally, the long duration of the game could be attributed to its positives, but if you ask it to end quickly to end the torment, then it is probably not so positive. 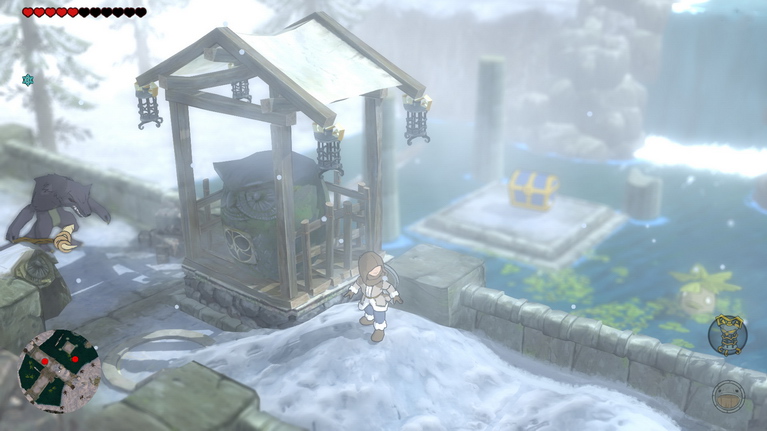 On the other hand, the beautiful Ni no Kuni type graphics are definitely positive. Although simple without terrible details, it is a visual cartoonish feast. The music is also excellent, with orchestral pieces keeping you company in the otherwise torturous exploration of the world. Of course the characters do not have a voice (what the hell would a Zelda clone be if it had a voice acting anyway?). Even the borrowing of data from Zelda, however, goes somewhere and even raises a copyright lawsuit. Instead of ocarina you have flute and instead of song of storms you have owl song, with Baldo playing the flute as if it were Bill Clinton with the saxophone and opening doors. Sounds in each chest opening with the hero taking a pose showing what he found. Even Link’s blonde hair and mini copied. At least let them make a copy-paste of the preview in the gameplay.

If you see someone else playing Baldo: The Guardian Owls, it may seem worth a try, but a few minutes with him is enough to realize that its creators have to finish an IEK to get their hands on development kits again. We thank them for their effort but I would instead make games that copy series I hate. Instead of a Zelda clone next time I suggest a Call of Duty clone so that they do not have indignant Zelda fans chasing them with torches and rakes.

I love my body: Radhika Apte

Some big publishers who invested and took the risk to launch their titles on the platform Google Stadia hinted to...

Shoaib's loss to India has not diminished even in an era