Erdogan directly threatens Greece again: I’m not kidding, do not equip the islands 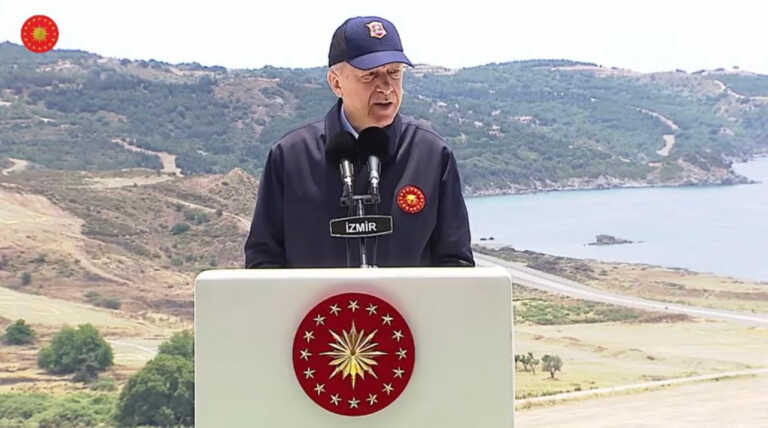 Recep Tayyip Erdogan did not disappoint the domestic audience in Turkey who expected that his presence in Izmir for EFES 2022, together with his far-right government partner Devlet Bahceli, would be another opportunity for Greece to attack.

Once again, the President of Turkey unleashed direct threats against Greece. “I’m not joking, I’re serious,” said Recep Tayyip Erdogan, calling on our country to stop equipping its islands and to comply (!) With international law!

The Turkish president did not hesitate to make an indirect reference to the Asia Minor Catastrophe, calling on Greece to come to its senses (!) And “stay away from actions that will make it regret and be disappointed as it did a century ago.”

President Erdoğan: “We invite Greece to stop arming the islands with non-military status and to act in accordance with international agreements. I’m not joking, I’m speaking seriously.” pic.twitter.com/GzpIXRyiRj

In an unthinkable crescendo of threats, Recep Tayyip Erdogan launched a new personal attack on Kyriakos Mitsotakis, saying that the Greek Prime Minister is probably doing tourism in the islands and that this can not continue!

President Erdogan: "Mr. Miçotakis is probably making touristic landings on the islands. You can’t get anywhere with this." pic.twitter.com/J3Okm2RmPp

The article Erdogan directly threatens Greece again: I’m not kidding, do not equip the islands was published in Fourals.com.

The health sector did not get extra importance in the budget

Foreign Secretary Liz Truss has a significant lead in the race to become Britain's next Conservative Party leader and prime...

4. Another famous quote by Jim Rohn, 'Never say that things were easier! Instead focus on improving your performance. Don't...

The health sector did not get extra importance in the budget