The opening of Super Nintendo World at Universal Studios Hollywood at the beginning of 2023 (video) – Fourals.com 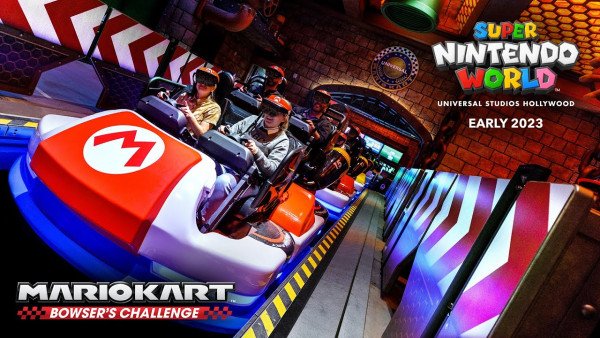 Universal Studios Hollywood hopes that, the Super Nintendo World will open its gates in early 2023. The theme park, which is inspired by Nintendo games, is being built inside the existing Universal Studios in California. It will include rides, games and an amazing environment, inspired by the Super Mario video game franchise. According to the website WDWNT of Disney Parks, Bowser Castle is currently under construction.

In addition, a sneak preview has been released for Mario Kart: Bowser’s Challenge, where players will collect coins and launch shells to defeat Team Bowser. The riders will wear Mario hats and special AR glasses, while each Kart will have up to four people.

‘We don’t have to bother coming to the pier anymore’

To Xbox teams up with Benny Blanco, BTS, and Snoop Dogg to celebrate the release of their new single,...

Dataminer discovered that possibly the MultiVersus to offer players the ability to share the Battle Pass. It is said that...

In a 4-man arena, your mission is to emerge victorious by sinking the ships of your 3 opponents. We present...

The technical characteristics of the Galaxy Z Fold4 and Galaxy Z Flip4 were leaked – Fourals.com

A few days before the next Samsung Unpacked mobile phone company of Bosnia made public the technical characteristics of Galaxy...