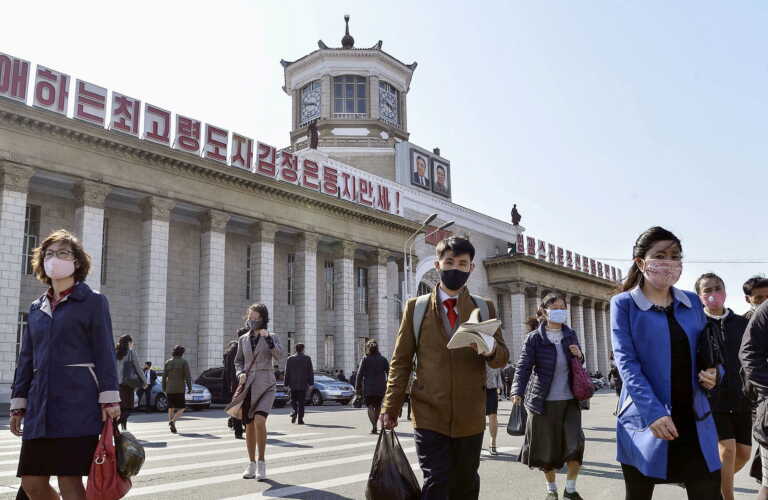 For the first time in almost ten days, North Korea announced that it had dropped below 200,000 people who had been diagnosed with a fever in the past 24 hours, and one patient had died.

This was reported by the state news agency KCNA, which spoke of a “positive trend” after measures were taken to control the spread of the first officially confirmed outbreak of the new coronavirus in North Korea.

The wave of the pandemic, announced on May 12th, has sparked concerns over the lack of vaccines, medicines, adequate medical infrastructure and a potential food crisis that could cause the state of 25 million people.

North Korea is not responding to offers of foreign aid and is keeping its borders closed, and there is no way to verify the official figures.

As it does not have a sufficient number of tests, Pyongyang does not say what the confirmed number of SARS-CoV-2 cases is, or whether the deaths were actually due to COVID-19. However, according to the figures announced, 2.6 million people fell ill, of which more than 2 million recovered, while the death toll is 67. However, experts point out that these numbers may not correspond to reality.

“The current situation regarding the spread of the epidemic (…) shows a positive trend,” the KCNA reported, referring to a decrease in cases and an increase in the number of people recovering.

Last year, North Korea announced it was developing its own equipment to perform polymerase chain reaction (PCR) testing. According to the KCNA, the country is “accelerating the development of new antibody tests for early detection” of cases.

Now, the agency added, more than a million health workers, including students and teachers in medical schools, have mobilized in an effort to “eliminate” the epidemic.

The article North Korea: Less than 200,000 coronavirus cases in the last 24 hours was published in Fourals.com.

Recommendation to rein in luxury goods

Recommendation to rein in luxury goods