North Korea: Over 200,000 cases of coronavirus for the 5th consecutive day 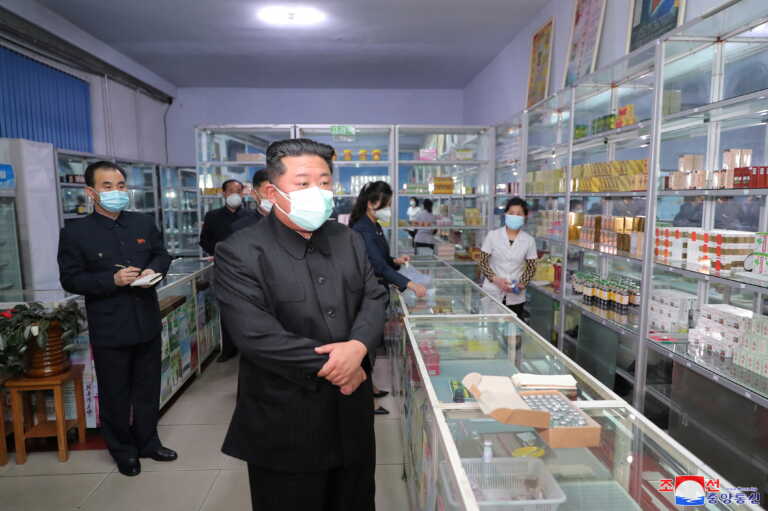 Coronavirus cases have risen to more than 200,000 for the fifth day in a row as a patient died as North Korea struggled to control the first wave of the new coronavirus pandemic that has officially plagued it since last week, South Korea’s news agency Yon reported.

As Pyongyang has not vaccinated its population for COVID-19, has no drugs designed to treat the infection, its health system is considered inadequate, and it has not even responded to offers of foreign aid and has closed its borders. Concerns are being raised about a potential food crisis and the risk of deadly new strains of the virus if the spread continues unchecked in the state of 25 million people.

In all, the pandemic wave toll has officially reached 66 dead out of a total of 2,460,640 people with “fever”. It is unclear whether or how many of the patients have been confirmed to be infected with SARS-CoV-2, or whether the deaths were actually due to complications of COVID-19, as the country does not have the means to conduct mass screening.

Analysts do not rule out the possibility that the numbers announced are much lower than the real ones.

The article North Korea: More than 200,000 cases of coronavirus for the 5th consecutive day was published in Fourals.com.

Buyers have decreased in the fish market

Voting continues in Australia, with Albanis ahead of Morrison in polls

Voting continues in Australia, with Albanis ahead of Morrison in polls