Industry: 3904 licenses to build and operate factories were granted during the first quarter of 2022

Nevin Jameh, Minister of Trade and Industry, said that the ministry is working during the current stage to expand the establishment of industrial complexes and take advantage of all the capabilities and industrial components of the national economy.

According to the statement, this aims to deepen and localize local manufacturing and provide decent and productive job opportunities for young people, in addition to replacing imports and providing the needs of the local market with national products of high quality and conforming to local and international specifications.

The minister indicated that the authority issued 717 environmental approvals, 66 customs release letters and 59 letters determining annual needs for hazardous chemicals, in addition to conducting 192 technical studies of tender requests, including 83 studies for land and 109 studies for industrial complexes, as well as conducting 1,807 technical inspections, during the first quarter as well. of this year.

Mohamed El-Zalat, head of the Industrial Development Authority, said that the positive indicators achieved by the authority during the first quarter of this year come as a culmination of the great efforts undertaken by the authority to serve the industrial sector within the framework of the comprehensive plan of the Ministry of Trade and Industry aimed at improving the competitiveness of the Egyptian industry and restoring its position on the map The global industry, especially in light of the great industrial capabilities that Egypt enjoys.

The head of the Industrial Development Authority noted that during the first quarter of this year, the Authority approved 47 land sales contracts signed between industrial developers and investors within the industrial developer’s areas to set up new projects, noting that the authority has also allocated 20 industrial plots through the investment map with an area of ​​37 thousand. and 674 square metres. 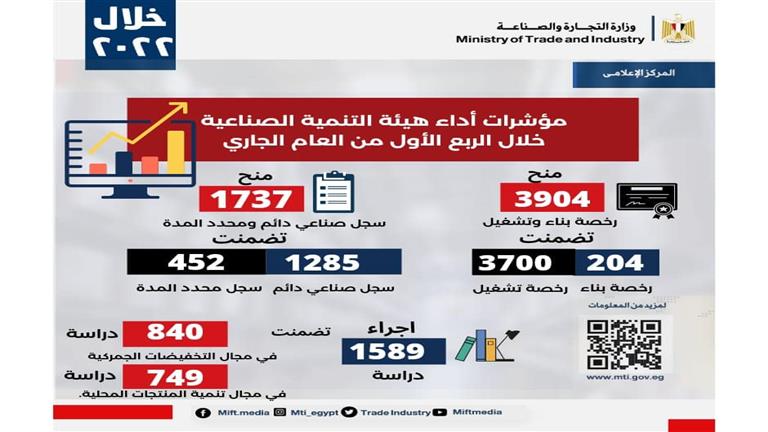 Foreign Office Revelation: This Is How Putin Makes a Propaganda War – The Trolls and the Mysterious “Cyber ​​Front Z”

Jamdani sari sales have increased in Sonargaon this time

Jamdani sari sales have increased in Sonargaon this time