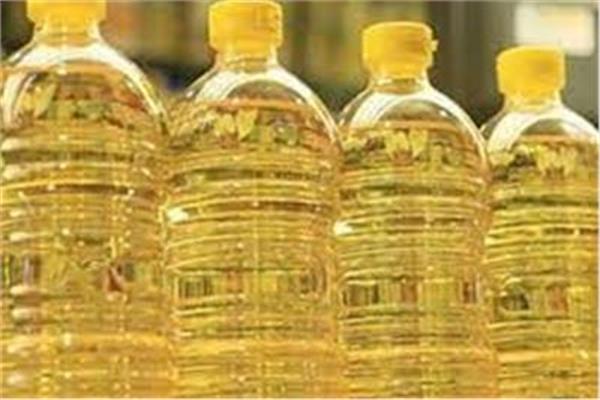 The Ministry of Supply and Internal Trade, represented by the General Authority for Supply Commodities, has contracted 56,500 tons of raw soybean oil, locally produced in the Egyptian pound, as part of maintaining the strategic stock of edible oil for a period of 6 months, in accordance with the directives of President Abdel Fattah El-Sisi, President of the Republic.

It is worth noting that the Ministry of Supply confirmed the availability of a good strategic reserve of edible oil for a period exceeding five months, in addition to taking a number of measures in accordance with an ambitious strategic plan aimed at increasing the strategic stock on the one hand, achieving self-sufficiency at a good rate and reducing imports on the other hand.

Edible oil is one of the most requested commodities by ration card beneficiaries, numbering 64 million citizens, who are registered on 23 million ration cards, each of whom receives a bottle of oil per month, with a maximum of 4 bottles per ration card per month.

Therefore, the state has developed a strategic plan to reduce the import of crude oil, and to achieve self-sufficiency in edible oil, relying on several axes in accordance with the directives of the political leadership.

The plan to achieve oil self-sufficiency depends on the expansion of the cultivation of oil crops, in cooperation between the Ministries of Agriculture, Supply and Irrigation to implement the mechanisms and procedures of the plan developed in this regard.

The Supply Ministry aspires to reach 50% self-sufficiency in oil seeds locally, in order to control local oil prices, and not be affected by the rise in international prices.

A committee was formed from the two ministries of agriculture

And supply during the past year 2021 to follow up on the start of contractual plantations of oil crops, and increase the areas of cultivated land, according to President Sisi’s directives.

It is also among the tasks of this committee to follow up the extraction of oilseeds from locally grown seeds, for the benefit of the Holding Company for Food Industries of the Ministry of Supply, after inviting oil extraction companies in the public and private sectors.

During previous statements by the Minister of Supply, he stressed that in light of the sustainable solutions adopted by the state to solve the problem of Egypt’s low production of edible oils, from which Egypt imports about 97% of its needs, the Ministry of Supply has taken the initiative to encourage local oil pressing factories with small production capacities in the range of 3000 tons. per month.

And encouraging locally produced crude oil factories to submit offers of local supply oil (soybean and soybean) in tenders held by the ministry, and payment is made in Egyptian pounds.

The Minister of Supply explained that the idea was based on importing raw oilseeds and squeezing them inside the country through the operation of local mills, which led to an increase in the competition base between local companies and foreign companies.

Pointing out that a strategic plan has been drawn up to develop the state’s oil factories, and that the oil factories are being developed at an initial cost of 5.5 billion pounds, within the scope of 5 factories (Borg El Arab, Sohag, Kafr El-Zayat, Tanta).

Pentagon: Russian forces have not yet taken control of Ukrainian airspace

Eighty percent of those who come for legal aid are women

Eighty percent of those who come for legal aid are women