Greece: Paying off IMF debt two years ahead of schedule 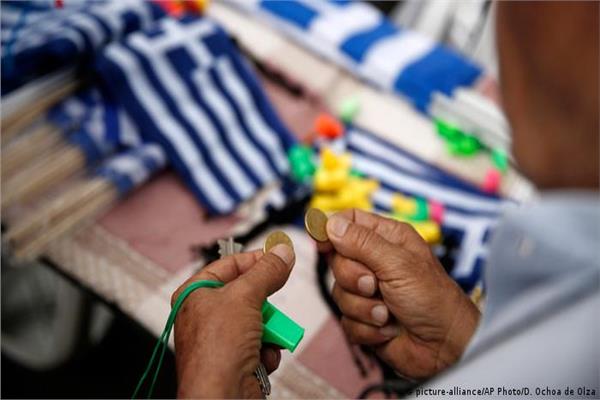 Greek Finance Minister Christos Staikouras said on Monday that his country has repaid its debts to the International Monetary Fund, two years ahead of schedule.

Staikouras said the debt payment is a “very positive development” that would mean significant savings in debt servicing costs, adding: “This closes the chapter that opened in May 2010, when Greece appealed to the fund for financial support.”

Their approval was required because the initial condition was that early IMF payments be made in parallel with those made to European lenders.

Three consecutive bailouts totaling about 260 billion euros ($285 billion) between 2010 and 2018 prevented Greece from bankruptcy, but successive Greek governments have been forced to implement painful budget cuts and tax increases that have increased unemployment and poverty.

Despite exiting the bailout in 2018, Greece is still subject to an improved monitoring program set up by European lenders to monitor spending, an arrangement set to expire later this year.

Last week, the European rescue fund, the European Stability Mechanism, also approved the early repayment of Greece’s 2.65 billion euros ($2.91 billion) in loans made before the ESM was formally established.

The ‘simultaneous movement’ to oust the government will be led by Khaleda Zia: Mirza Fakhrul

Trezeguet February Player of the Month in Basaksehir

Soybean oil price is falling by Tk 14 per litre. The price of one liter of bottled soybean oil will...

Iranian authorities still refuse to give Mahsha Amini's father access to official records about his daughter's death. "No one is...

The ‘simultaneous movement’ to oust the government will be led by Khaleda Zia: Mirza Fakhrul

In response to the question of who will be the main leader of this simultaneous movement of BNP, Mirza Fakhrul...

Today, Monday morning, at 1:51 am, an earthquake measuring 3.9 on the Richter scale was recorded in the state of...

Trezeguet February Player of the Month in Basaksehir