Dr. issued Mohamed Maait, Minister of Finance, issued a decision to renew the law on ending tax disputes and the provisions and procedures in force in this regard until December 31, 2022, with the aim of expediting its completion and reducing the burden on the tax authority within the framework of working on its automation and development.

The extension of the law on ending tax disputes gives the funders a new opportunity to agree with the tax administration to end disputes in the administrative stage, without waiting for the long tax procedures by resorting to the courts, so the state collects what it deserves in taxes revolving around tax disputes, and the law also encourages many new investors to enter the market.

Dr. explained. Ali Al-Idrisi, professor of economics in the City of Culture and Science and a member of the Egyptian Association for Economics and Legislation, said that the law on ending tax disputes ends the differences between the authority and the taxpayer, which are disputes arising from the taxpayers’ objection to the assessments of the authority, so the taxpayer goes to the appeal committee, and if he does not like the committee’s decision, he has the right to appeal in court.

During this period, the dispute continues for many years, which affects the tax revenue and its delay on the one hand, and the commercial activity on the other. As for the law, the law has given the companies that want to reconcile with the authority to submit a request to resolve the dispute, and submit it to the competent Tax Office, to transfer it to a termination committee Disputes, and if there is seriousness in the request, it is recorded.

This is sent to the court or the Appeals and Grievances Committee, thus returning investors to the market and pushing the wheel of production forward, in addition to attracting new investors.

The professor of economics in the City of Culture and Science and a member of the Egyptian Association for Economics and Legislation stressed that the renewal of the law on ending tax disputes will lead to an increase in the tax proceeds, and thus work to reduce the size of the total deficit between revenues and expenditures in the current budget. 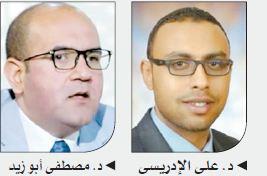 Which will result from the increase in expenses, which have been allocated to increase wages and pensions. Mustafa Abu Zeid, director of the Egypt Center for Strategic and Economic Studies, said that the decision of the Minister of Finance to renew the law on ending tax disputes is one of the most important decisions that have been taken, especially at this difficult time due to the recent economic changes.

This law reduces the routine procedures for ending tax disputes, by simplifying the procedures before the Interior Committee and Appeal Committees, and achieving due speed in the consideration of these disputes, by setting a date for all procedures.

Arranging a legal effect on exceeding this deadline, and the dispute may be withdrawn from before the appeal committee and returned to the tax office, to reconcile the appeal, and to exclude tax cases, and to avoid resorting to the court.

He added that this law will have a significant impact on giving investors a new opportunity to end tax disputes, which will contribute to the stability of production and investment projects, and move forward towards increasing support for the private sector in expansion, which will benefit the increase in production.

And generating direct and indirect job opportunities, increasing the size of the gross domestic product, and thus increasing the tax revenue, restoring state rights, and also giving a greater opportunity to expand the tax community base.

Read also | Deputy Minister of Finance: We succeeded in extending the life of the debt and maintaining a downward trend in investment returns in government securities

Moment by moment.. Zamalek and Sagrada.. Learn about the formation