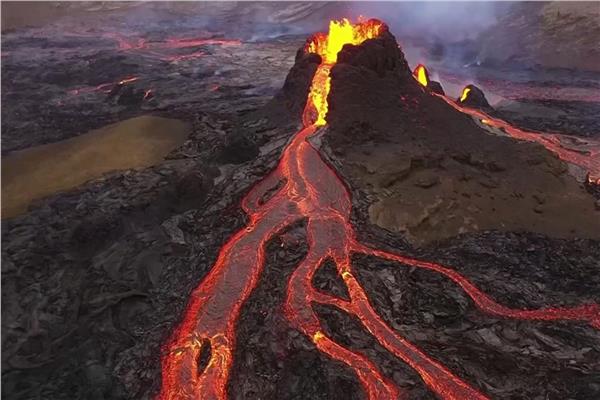 Thousands of people evacuated their homes near a volcano in the Philippines after ash and fumes erupted hundreds of metres.

The volcano Taal, located in a lake south of Manila, erupted “briefly”, according to the Philippine Institute for Monitoring Volcanic and Seismic Activity, announced in a statement.
The institute warned of more volcanic eruptions, which would release rapid emissions of gases, ash, and rubble, and cause a tsunami.
The agency recommended residents residing in vulnerable areas around the lake to leave, and raised the alert level from two to three.

The initial eruption was followed by “continuous phretomagmatic activity” that sent ash clouds to a height of 1,500 metres.

“Fritomagmatic” activity, or a volcanic eruption, occurs when molten rock interacts with water underground or above its surface, according to the agency’s scientist, Princess Kosalan, likening this to pouring “water into a hot pan.”

“Emissions of smoke and fumes subsided in the hours after the first eruption, but sensors continued to monitor a volcanic earthquake, indicating the ‘possibility’ of another eruption,” Kosalan told AFP.

More than 12,000 people reside in these villages, according to the latest official figures.

Police were deployed to prevent people from entering high-risk areas.

Taal volcano is one of the most active volcanoes in a country that frequently witnesses volcanic eruptions and earthquakes due to the Philippines’ location on the Pacific “Ring of Fire”, an area of ​​high seismic activity.

Access to the island, where the volcano is located, and which was previously inhabited by thousands of people, has been prohibited since January 2020.

Did aliens build the pyramids?.. the oldest papyri in the world and scientists resolve the controversy

Did aliens build the pyramids?.. the oldest papyri in the world and scientists resolve the controversy