US State Department spokesman: We are horrified by the killing and wounding of journalists in Ukraine 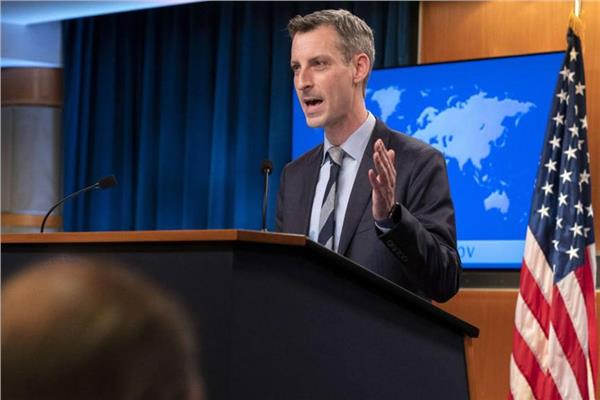 A spokesperson for the US State Department said Ned Price that Washington You are horrified by the killing and wounding of non-combatant journalists and filmmakers in Ukraine by Russian forces.

Price offered condolences on behalf of the United States to all those affected by this horrific violence, noting this is yet another horrific example of the Kremlin’s indiscriminate actions.

The Russian military operation in Ukraine continues for the eighteenth consecutive day, since it began on February 24.

The European Union said the world has been living in a “blacker atmosphere” since World War Two, while the European Union and the United States imposed a package of sanctions against Russia, which European Commission President Ursula von der Leyen described as “the toughest ever”.

Vladimir Putin and Xi Jinping will go to the G20 summit

The most prominent of them is the former Al-Ahly trio.. Masrawy reveals the list of 21 players for Zamalek’s new contracts

Vladimir Putin and Xi Jinping will go to the G20 summit

Russian President Vladimir Putin and Chinese President Xi Jinping will go to the G20 summit. This is reported by the...

Sakhawat Hossain is a leading figure in the hospitality and tourism industry in Bangladesh, having held several key executive roles...

Dr. member of the research team. John M. Pageteau told 'US Sun', after the mice, the research was also done...

Gunmen stormed a hospital in a suburb of the Haitian capital, Port-au-Prince, took a patient out and killed him, the...

The most prominent of them is the former Al-Ahly trio.. Masrawy reveals the list of 21 players for Zamalek’s new contracts