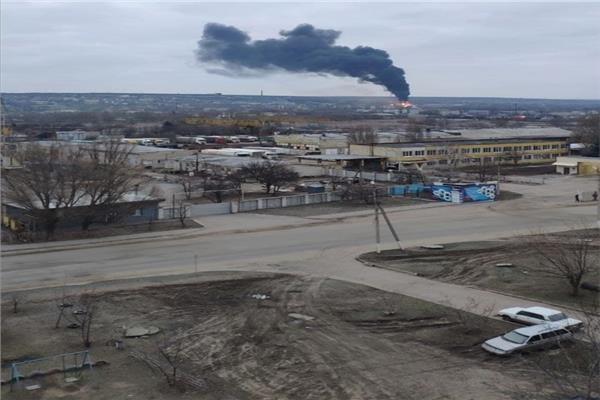 The authorities announced in LuganskToday, Monday, March 7, we rise Ukrainian forces By bombing the territory of the Republic, expecting an attack on it.

“The Ukrainian armed forces have bombed more than 20 residential areas with “Grad” missiles since this morning, in the Luhansk People’s Republic, and the situation has dramatically escalated over the past hours,” Luhansk police spokesman Ivan Fliponenko told reporters. Russian.

The Russian military operation in Ukraine continues for the twelfth day in a row, since it began on February 24.

However, the European Union and the North Atlantic Treaty Organization “NATO” have so far insisted not to engage in any military operation in Ukraine, and the EU countries also refuse to impose a no-fly zone in Ukraine, contrary to the desire of Kyiv, which called on European countries to take that step, Which the US administration said would cause a “third world war”.
Meanwhile, Russian Foreign Minister Sergei Lavrov said, earlier, that the outbreak of a third world war would be “nuclear and destructive,” as he described it.

However, the two sides sat down to negotiate for the first time, on Monday, February 28, in the city of Gomel on the Belarusian border, and a second round of talks was held on Thursday, March 3, and both rounds ended without causing a noticeable change on the ground.

There is only one destination

There is only one destination