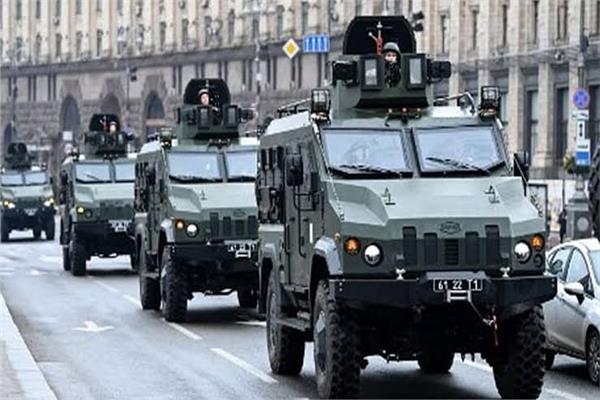 Ukrainian Prime Minister Denis Anatolyevich Shmykal stated that his country is working 24 hours a day and has two tasks, the first of which is to provide what is needed by the armed forces.

Read also | Ukrainian President: I am in Kyiv and have not fled anywhere

He also pointed out that the resistance must be coordinated on all fronts, and that the ninth day of the war must end, and how the enemy incurred a lot of losses in lives and equipment – as he said.

The Ukrainian Prime Minister added that the Russian army is talking about how to bring down NATO while its soldiers hand over military equipment on the ground and surrender.

The Russian military operation in Ukraine continues for the ninth day in a row, since it began on February 24.

The Russian-Ukrainian conflict took a new turning point on February 21, after Russian President Vladimir Putin announced the recognition of Donetsk and Luhansk as independent republics of Ukraine, in an escalatory step that drew great anger from Kyiv and its European allies.

The European Union said that the world has been living in a “blacker atmosphere” since World War II, while European Commission President Ursula von der Leyen confirmed that the European Union intends to impose a package of sanctions on Russia, which will be the toughest ever.