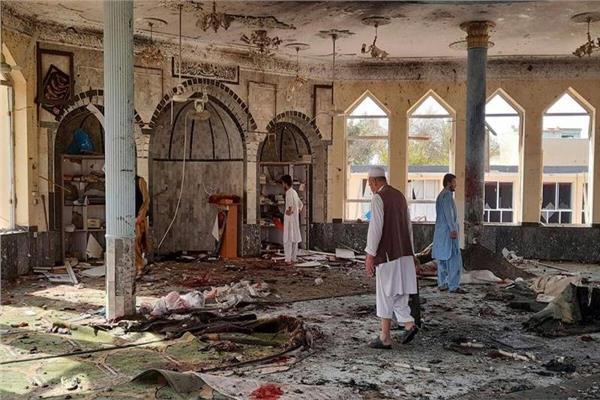 Officials in Pakistan vowed to hunt down and arrest the masterminds of a bloody attack on a mosque in Peshawar on Friday, March 4, which was claimed by a group affiliated with the terrorist “ISIS”, in which the attack killed 57 people and wounded nearly 200.

“Three investigation teams have been formed to study forensic evidence and CCTV footage to track down the organizers of the attack,” Pakistani Information Minister Fuad Chaudhry said in a statement.

In CCTV footage seen by The Associated Press, the lone attacker hid his bomb under a large black scarf.

The footage showed that the bomber was moving quickly in a narrow street towards the entrance to the mosque, and fired at the police protecting the mosque before entering.

At least 30 people were killed, today, Friday, 4 March, in the bombing of a mosque located in northwest Pakistan.

And the agency “Agence France Presse” that a bomb exploded inside a mosque for Shiite Muslims in the city of Peshawar, northwest Pakistan, today, Friday, killing more than 30 worshipers and wounding dozens, many of them in serious condition.

According to the Pakistani police, the explosion occurred while worshipers gathered at the Kucha Risaldar mosque in the old city of Peshawar for Friday prayers.

Ambulances rushed through the crowded narrow streets to take the wounded to Lady Reading Hospital, where doctors worked quickly to rescue the injured, while no one immediately claimed responsibility for the accident.

New Zelensky message: “Those who can continue to fight, stay”

Goddess Durga's mother form and Shakti form are still bright in the Bengali Hindu mind. He is not only a...

If the father's will is differentIf the father wants to give more or less property to a child, what can...