“Businessmen” calls for exporting with the “American GSP system” 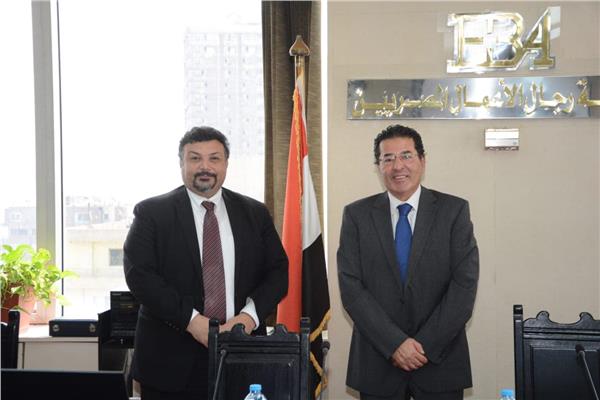 The Export Committee of the Egyptian Businessmen Association held an expanded meeting in the presence of Eng. Mostafa El-Nagary, Chairman of the Committee, and Commercial Counselor Mohamed El-Khatib, Head of the GSP Unit, with the Egyptian Commercial Representation Authority, with the aim of introducing and educating Egyptian exporters and association members about the advantages of the system and its importance in achieving a boom in increasing exports. Egyptian and increasing trade exchange between Egypt and America.

Commercial Adviser Mohamed Al-Khatib, head of the GSP unit in the Egyptian commercial representation, explained that the goods that are subject to exemptions from customs duties on US imports from this system include 3,500 commodities from developing countries, in addition to 1,500 commodities for less developed countries.

He added that the US GSP system provides many opportunities for Egyptian exporters and increases trade exchange between Egypt and America, as it exempts 120 countries’ exports from customs duties imposed on US imports without preferential reciprocity.

He pointed out that in order to benefit from the customs benefits of this system, the exporter is required to obtain a certificate of origin from the General Organization for Export and Import Control and a bill of lading marked with the letter “A” in reference to the export in the generalized system of American benefits, in addition to completing the rest of the export procedures followed.

He stressed that Egypt has great opportunities to increase its exports to the US market with the GSP system during 2022, in light of the high competitiveness of Egyptian products, including the goods covered by the system, in addition to America and many countries diversifying their sources of suppliers to face the repercussions of the supply chain and shipping crisis following the pandemic. Corona.

He added that Egypt is now considered an alternative supplier and a producing country that is a strong candidate for export to America as a result of the exit of Turkey and India from this system last year due to the increase in the average per capita income above the permissible limit to benefit from this system, which gives the opportunity for Egyptian companies that export the same quality of products to benefit of the tariff advantage of access to the US market.

Al-Khatib stressed that the United States of America is one of the most important trading partners for Egypt, as the volume of trade exchange reached 9 billion dollars during 2021, explaining that the volume of Egyptian exports is estimated at more than 3 billion dollars, while Egyptian exports from the American benefits system amounted to about 269 million dollars only as a result of Lack of full awareness of the importers and exporters on both sides of the customs benefits of this system.

For his part, Eng. Mostafa El-Nagary, Head of the Export Committee of the Egyptian Businessmen Association, said that the Generalized System of American Benefits is one of the important export programs that the Committee pays great attention to in this period, as it allows the export of goods to America without customs.

Al-Najari stressed that Egypt is qualified to acquire advanced positions in exports during the current year within the framework of implementing the strategy to increase Egyptian exports, noting that the Egyptian exporters who are members of the Businessmen Association have the capabilities and desire to increase exports to the American market by making full use of the system. Generalized for American advantages.

Al-Najjari called on all committees and members of the association to study the GSP system to increase exports to the American market through a survey of member states, lists of goods and the competitive advantage of exporters, stressing that the American market represents one of the most important arms to achieve the strategy of 100 billion dollars exports, as America imports 22% of the global import volume. That is a quarter of the world’s imports.

He stressed that the Export Committee will continue to raise awareness of the benefits of the US Generalized System of Benefits in cooperation with the Egyptian Trade Representation Agency, which we consider “the home of exporters” and the main supporter of achieving a boom in the growth of exports, as he put it.

He pointed out that benefiting from the American system requires constant communication between exporters and importers in the two countries to introduce the goods that enjoy customs benefits, and the competitive advantage it achieves for Egypt by creating a diversification of exportable items. It is also a promising opportunity for business development and for those who wish to establish companies to trade with America.

Read also a real estate expert: The administrative capital and fourth-generation cities are an investment destination in the Egyptian market

A source in Kef to Masrawy: A tendency to change the date and location of the Sundowns and Al-Ahly match in the Champions League

Recommendation for recruitment of 118 more teachers

Recommendation for recruitment of 118 more teachers