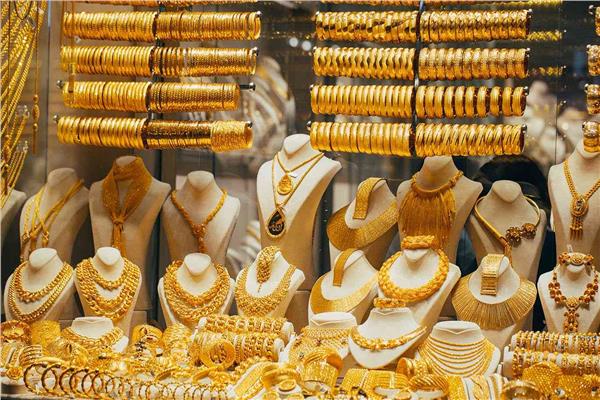 This comes after gold prices jumped during the morning trading by 16 pounds in the first time, then rose 14 pounds in the second time, to record a rise of about 30 pounds at the price of a gram without workmanship, inside the goldsmiths and jewelry shops in the Egyptian market.

The successive rise in yellow metal prices is due to the start of Russian military operations in Ukraine, in addition to global inflation rates, which in turn lead to raising global demand for the precious metal, which is one of the most important stores of value and the best safe investment pot.

The prices of workmanship for gold works inside goldsmiths and jewelry stores in the Egyptian market vary from one merchant to another, and from one governorate to another, according to the size and shape of each gold piece, and the workmanship value ranges between 3 to 7% approximately of the gram price.

It is noteworthy that gold prices witnessed over the past period successive rises, during which the yellow metal jumped large price jumps in the Egyptian market by more than 22 pounds, approximately at the price of a gram in goldsmiths shops without workmanship, which is added according to the place and the value of the work, and the merchant controls it.

Naji Farag, an advisor to the Minister of Supply, said that gold is the best safe investment vessel, as it is a precious currency that never loses, even with a drop in its price at different times, and returns quickly to recover its value again, which confirms that it is a safe investment.

After the Ajay deal, the Libyan victory confirms to Masrawy his interest in the El Mokawloon player