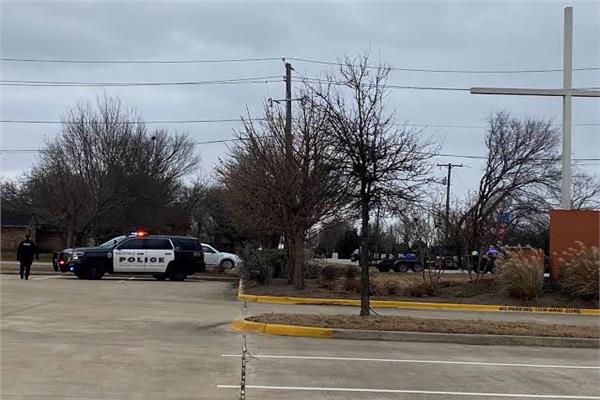 On Saturday, the American network “ABC News” announced that a gunman had detained a rabbi and 3 people inside a synagogue in Texas.

A source at the scene told “ABC” that the suspect is armed and claims to have bombs in unknown locations, and demanded the release of his sister, Afia.

The sources indicated that the suspect’s sister, who is listed as an architect in Houston, is a known “terrorist” and is imprisoned at Carswell Air Force Base near Fort Worth, explaining that the gunman is demanding the release of his sister.

According to ABC News, the suspect is named “Mohammed Seddiqi” and claims to be the brother of Aafia Seddiqi, a Pakistani neuroscientist who is currently serving an 86-year prison sentence in Fort Worth, Texas for attempting to kill a US soldier in Afghanistan.

The American media has repeatedly described Dr. Siddiqui as “the lady of Al-Qaeda”, and she was arrested by US forces in 2008.

According to Wikipedia, Aafia Siddiqui is a Pakistani woman nicknamed “The Lady of Al-Qaeda.” She was born on March 2, 1972 in Karachi, Pakistan, and is the mother of three children.

After completing her higher studies in Pakistan, she moved to Texas in the United States and obtained a degree in neuroscience, after which she returned to her hometown and was suspected of joining Al-Qaeda there.

This, and after the handover of Khalid Sheikh Mohammed, the third man in al-Qaeda, to the US authorities, “Siddiqi” with her three children disappeared from Karachi.

Five years later, she appeared in Afghanistan, where she was detained by local authorities in the restive southeastern province of Ghazni.

ISIS had previously demanded the extradition of Aafia Siddiqui in exchange for journalist James Foley, who was killed in August 2014.

Barbie doll enters the world of “Metaverse” with “Balmain”

Barbie doll enters the world of "Metaverse" with "Balmain"