With torches and pictures .. Ukraine’s Nazis celebrate the memory of Hitler’s most prominent allies | Video

In light of growing concerns about an increase Russian forces near Ukrainian border, which many believe may be a precursor to an invasion UkraineThousands of right-wing extremist nationalists in Ukraine organized a torchlight rally in Kiev Saturday night, to commemorate the birth of Stepan Bandera, Hitler’s most prominent ally in Ukraine, former leader of the Organization of Ukrainian Nationalists (OUN), and leader of the rebel militias that fought alongside Nazi soldiers in World War II.

The leader of the nationalist “Right” party, Andrey Tarasenko, stated: “Today, when the war with the occupier is at the fore and the battle against the” Fifth Column” continues in the background, we remember and commemorate Stepan Bandera. 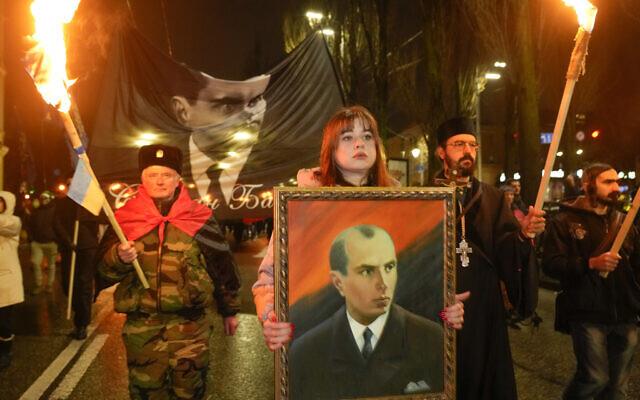 Participants in the march on the occasion of the birthday of Stepan Bandera chanted “Glory” and “Our Land”, which was allied with Germany led by Adolf Hitler. He carried what appeared to be a ceremonial sword.

The procession ended with a march in front of the office of Ukrainian President Volodymyr Zelensky.

It is worth noting that Bandera led an army of Ukrainian rebels, during World War II, whose men killed thousands of Jews and Poles, including women and children, while fighting Nazi Germany against the Red Army and the Communists. 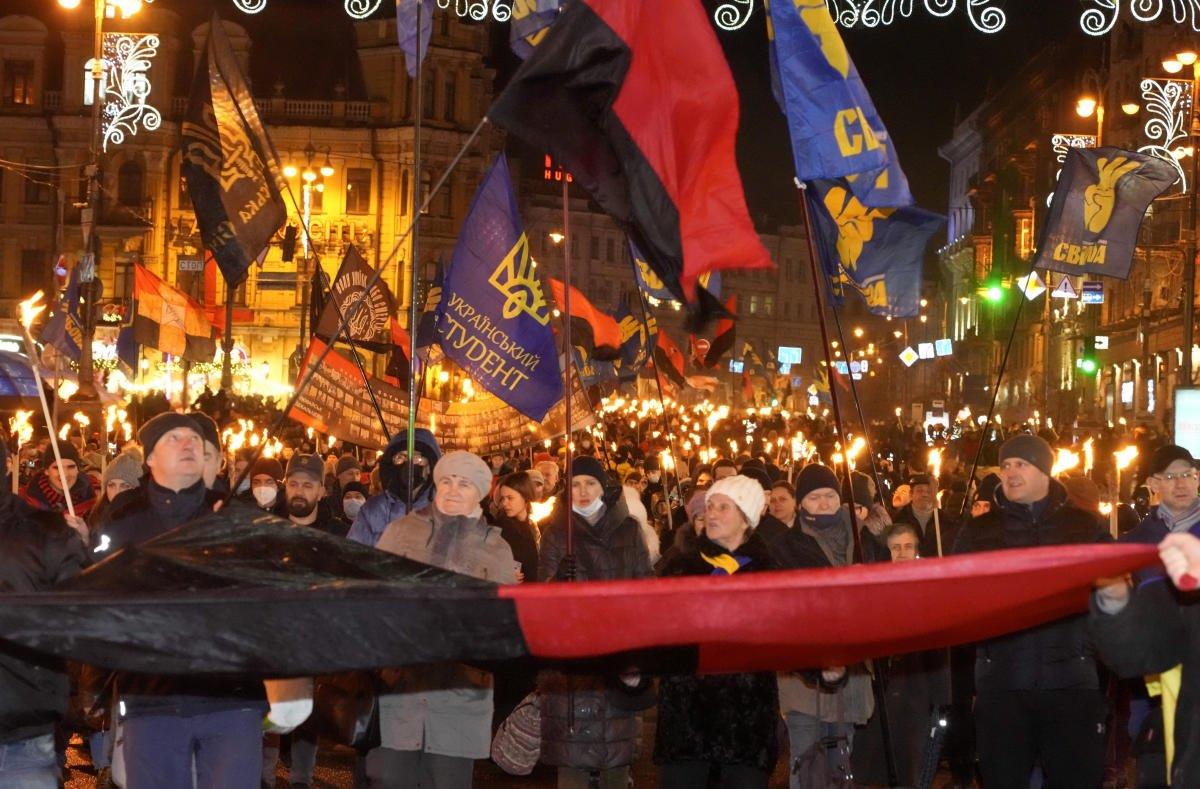 Bandera’s supporters claim that they sided with the Nazis against the Soviet army in the belief that Adolf Hitler would give Ukraine independence.
In a related context, the Israeli embassy in Kiev condemned the procession, and diplomats said in a statement on Facebook that “glorifying those who supported Nazi ideology insults the memory of the victims of the Holocaust in Ukraine,” and demanded Kiev to investigate “manifestations of anti-Semitism” during the march.

The celebration of Nazi collaborators, including murderers of Jews, is a growing phenomenon in Eastern Europe, where many consider such individuals as heroes for resisting Soviet communism.

Al-Khobar – a poorly directed play at the August 20 stadium

For City.. Salah scores in an exciting draw between Liverpool and Chelsea at the top

A £20 million luxury yacht owned by an Italian businessman has gone up in flames near the Spanish island of...

Barcelona are once again selling assets and registering players

For City.. Salah scores in an exciting draw between Liverpool and Chelsea at the top