Because of Corona, the United States records more than 84,000 hospitalizations 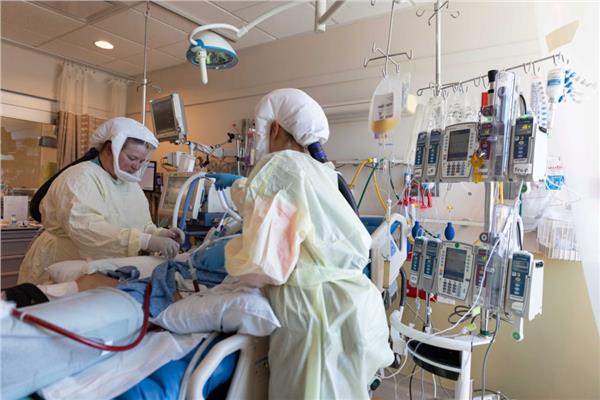 Show data from Federal government in the United States More than 84,000 Americans have been hospitalized with… Corona Virus, an increase of 40,000 over the past seven weeks.

Despite the increase in the number of hospitalizations, with about nine thousand new patients infected with Covid-19 entering hospitals daily in the United States, it is still far from 16,500 daily hospitalizations recorded in early January 2021, according to data from the Centers for Disease Control and Prevention.

Also read, the United States tops the list of countries most affected by the Corona epidemic

According to Johns Hopkins University, the United States, which is facing a fifth pandemic wave, recorded today, Tuesday, the highest daily rate of Covid-19 infections since the outbreak of the epidemic, amounting to 265,427 new infections.

The rate of daily injuries over seven days in the country exceeded the highest rate recorded during the third wave in January 2021, with nearly 252,000 injuries.

After declining between early September and late October following the fourth wave associated with the “delta” mutant, the curve of new infections began to rise again two months ago and is now rising sharply with the rapidly spreading “Omicron” mutant.

The Corona virus appeared for the first time in the world at the end of December 2019 in the city of Wuhan in the Chinese province of Hubei, and caused more than half of the world’s population to enter health isolation in order to confront the first wave of the virus.

The World Health Organization is still calling on countries to implement social distancing measures in addition to health measures represented in wearing masks.

2021.. the year of high prices, crises and the collapse of purchasing power

10 thousand rupees to remove the body from the morgue

10 thousand rupees to remove the body from the morgue