Gold prices in the middle of the goldsmiths’ trading at noon.. 21 karat records 790 pounds 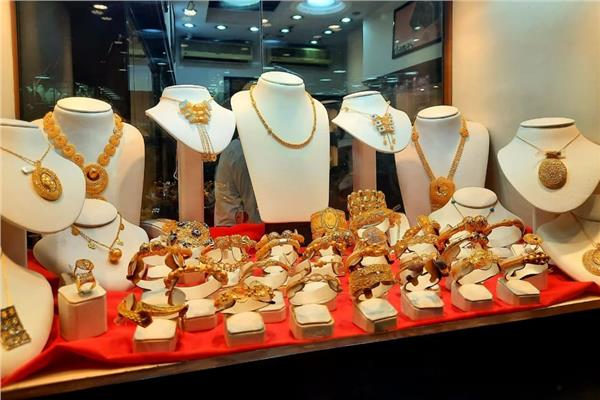 Gold prices in the bank in the middle of noon trading for today, Thursday, December 23 in the goldsmiths market, witnessed a state of price stability, after what it witnessed increases by 3 pounds per gram without workmanship in the morning trading.

And Bloomberg Agency, which specializes in economic affairs, confirmed that global gold prices remained almost unchanged during the week.

Bloomberg indicated that global gold prices fell by 0.03% to settle at $1,782.84 an ounce, noting that gold continued to decline for the fourth consecutive week.

And Bloomberg Agency confirmed that the US dollar index ended the week with a slight change (-0.02%), and managed to close above the 96 level.

The US dollar rose on Monday as concerns about the novel coronavirus subsided, prompting market participants to trade on expectations that the Federal Reserve would tighten monetary policy faster than previously expected.

However, the index lost these gains last Wednesday due to the index moving towards a downward correction, as investor sentiment improved slightly after Pfizer’s news about the effectiveness of the vaccine against the new mutant.

The US dollar rose on Thursday as the re-imposition of prudential restrictions in several parts of the world, including the UK, which decided to move to Plan B, affected investors’ appetite for riskier currencies.

Finally, the dollar lost ground on Friday after the CPI data came in line with expectations.

This comes as the Euro was almost unchanged during the week (-0.02%), starting negative as it came under pressure due to weak economic data from Germany.

The losses were exacerbated during the middle of the week after analysts warned that continued supply pressures and increased infections with the Covid virus would have a negative impact on fourth-quarter growth.

However, the currency rose on Wednesday after European Central Bank Vice President Luis de Guindos said returning to the region’s inflation target would take longer than previously thought, indicating that the ECB may consider tightening policy sooner than previously thought. Finally, the euro continued to reverse its previous losses, benefiting from the dollar’s decline towards the end of the week.

On the other hand, the Sterling Pound (+0.28%) posted weekly gains, as the currency opened the week’s trading with a strong performance after Benjamin Broadbent (Deputy Governor for Monetary Policy at the Bank of England) warned of price pressures that could result from weak labor market.

The statement reflected the possibility that the Bank of England will tighten monetary policy soon. However, the currency later lost gains in the middle of the week with uncertainty surrounding the BoE’s interest rate decision at the upcoming meeting.

Losses extended during Wednesday’s session after Britain unveiled stricter precautionary restrictions to combat the spread of the omicron mutant, but the currency later rose as markets approached the end of the week on the back of dollar weakness.

It is noteworthy that there was a trend towards risk during most of the week, which led to the exit of capital flows from the safe haven currencies, amid studies indicating that the Omicron mutant is less severe than initially thought, and that vaccines still provide some protection against the newly emerged mutant. As a result, both the Swiss Franc (-0.45%) and the Japanese Yen (-0.56%) lost during the week

“A drop in the blood circulation” .. Masrawy explains the cause of the death of the goalkeeper of Rabat and Al-Anwar