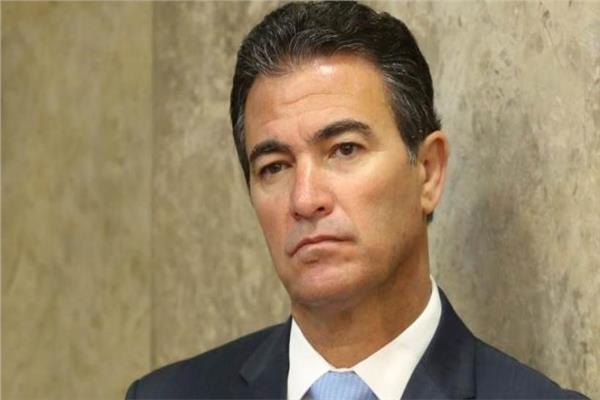 The Israeli Channel 13 showed excerpts from a report that will be published later on the involvement of a president Mossad Previous Yossi Cohen In revealing security secrets to a flight attendant, he was in a relationship with her and her husband.

The report reveals the existence of a friendship between a secret triangle consisting of the host, her husband, and the former head of the Mossad, Cohen.

The Hebrew channel said in a tweet on its Twitter account: “Did former Mossad chief Yossi Cohen reveal security secrets to the host, with whom he and her husband had a relationship? An investigation that presents for the first time the husband’s account, a sneak peek at the debriefing that will be broadcast on Tuesday after the main bulletin.”

Read also | Who is the next Mossad chief in June after ratification of his appointment?

The video included confessions made by “J-Checker”, the ex-husband of the host, with whom “Cohen” was in a relationship, according to accusations against him.

The channel indicated that “Cohen” knew “Sheker” for only half an hour and talked to him about things that require disclosure in the trial.

Shakir explained: He told many stories about the Mossad as well, and about his stay in Lebanon, and that they put him during (military) operations in Lebanon, because he speaks Arabic with a Lebanese accent that the Lebanese himself does not suspect.

In addition to conducting a secret intelligence operation in Lebanon, the most important point was the discovery of spying on an Arab leader by recruiting his own doctor, and that the recruitment of this doctor allowed Cohen to be sitting next to the sick bed of this Arab leader, which became clear in light of the developments in the dramatic scene of this The case and its developments.

He added that Cohen was talking about these matters to make him feel that he was sitting with an important man, as if (Cohen) had wanted to say, “I am sitting with you and I respect you, I am the head of the Mossad, I share stories with you.”

The host’s husband said in an interview with Israeli television, that Cohen informed him of a number of important and accurate confidential information, including that he – Cohen – was toppling all security officials who opposed him, and this becomes clear with the overthrow of six senior brigades and military immediately after taking office.

The former Mossad chief told Sheker about how he dealt with prominent officials of the agency, saying: “When I took over as head of the Mossad – listen carefully – within ten days, I fired 6 generals because they were not loyal to the institution. They were not good, they thought I was their best friend, But I fired them mercilessly.”

On July 19, Channel 13 revealed a complaint that had been submitted to the Israeli Ministry of Justice against Cohen, accusing him of leaking classified information.

The Hebrew newspaper “Maariv” stated at the time that Yossi Cohen had given secret and dangerous information about Iran, with which he deserves to be tried, and which relates to his country’s role in secret operations carried out by Israeli units inside Iran itself, in reference to what the former Mossad chief said in an interview. Channel 12 interviewed him, during which he talked about the details of the device’s theft of the Iranian nuclear archive.

However, the report, which will be broadcast on the Hebrew channel, announced that Cohen appointed his daughter as a manager in a company owned by an Arab security leader, taking advantage of his position for personal interests, and using his position in the Mossad to polish Netanyahu during his time in power.

Al-Khabar-Hamisi: I am afraid of this aspect before the final match

Al-Khabar-Hamisi: I am afraid of this aspect before the final match