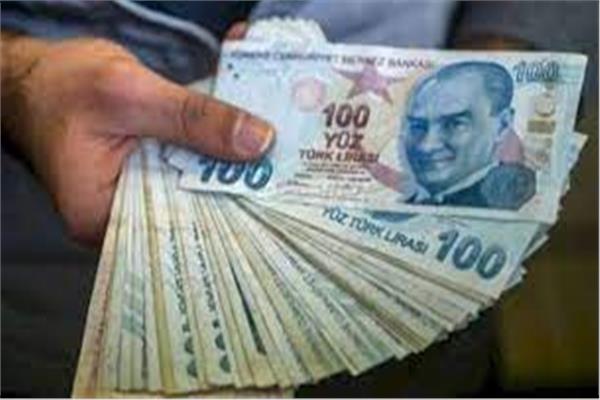 The Turkish lira fell against the US dollar on Saturday, December 11, as investor concerns about low interest rates and rising inflation pushed the lira towards a record low hit last week.

The Turkish currency has lost 46% of its value against its US counterpart this year, and the new Turkish Finance and Treasury Minister Nureddin Nabati said on Thursday that the budget deficit will be less than 3.5 percent of gross domestic product this year.

On the other hand, the Turkish Statistical Institute indicated that the total inflation rates that have accumulated throughout the country, during the past eight months only of the year, amounted to 18.95 percent, which means a decline in living standards and poverty in the country by the same percentage, because the Turkish government did not give any incentives or increases during this period.

The figures of the Turkish Statistical Institute said that housing prices and rents were the sector most affected by inflation during this month, exceeding the limits of 5%, followed by foodstuffs, especially vegetables and processed drinks that are heavily used in their manufacture, as their inflation reached 2.7 percent in one month. , and thus it has become nearly 100 percent since the beginning of the year.

The same applies to the prices of transportation, services, fabrics, tobacco, iron, cement, medicine and glass, where monthly inflation rates ranged from 1.2 percent to 2.6 percent, while they were annually between 19 percent and 91 percent.

In another postponement of direct solutions that the government should take quickly, the head of the Turkish Central Bank, Shehab Kavcioglu, who was recently appointed by Turkish President Recep Tayyip Erdogan, and is considered one of the closest economic decision-makers, said that the current sharp increases in inflation levels in the country are very temporary. And that the last quarter of this year will be a period of stabilization in cases of inflation, vowing to start the mechanism of deceleration of inflation starting from the end of this month.
Also read, the Turkish lira is approaching its lowest level against the dollar

An ideal food for breakfast to lower blood pressure