The Turkish lira is approaching its lowest level against the dollar 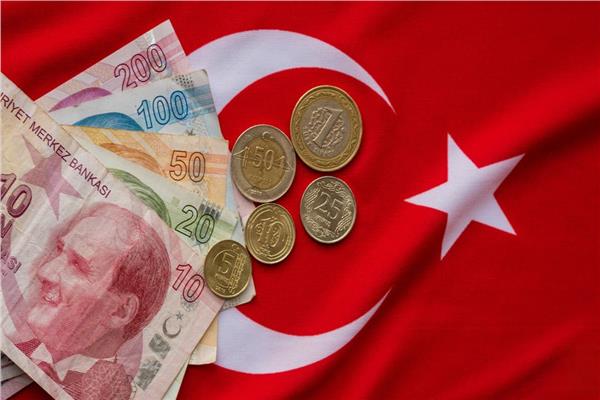 The Turkish lira fell by 0.8% against the dollar on Friday, December 10, as investor concerns about low interest rates and rising inflation pushed the lira towards a record low hit last week.

The Turkish currency has lost 46% of its value against its US counterpart this year, hitting an all-time low of 14.0 last week.

Read also: The investigation into the attack on Congress is getting closer to Trump

Turkey’s new Finance and Treasury Minister Nureddin Nabati said on Thursday, December 9, that the budget deficit will be less than 3.5 percent of GDP this year.

The Turkish lira topped the losses of emerging market currencies, recording its worst performance ever since August 2018, falling by -8.50%, and it is worth noting that the currency closed at its lowest level ever at $ 12.8238 in early December, as it witnessed the worst daily decline since August 2018 (- 11.22%), influenced by Erdogan’s comments.

And Bloomberg Agency confirmed that the Morgan Stanley index of emerging market currencies declined during the week, as it fell by 0.62%, and the index recorded losses most days of the week due to the strength of the dollar, but it fell more on Friday after announcing the emergence of a new mutant of “Covid-19” in South Africa, which led As a result of the decline in investor sentiment towards risk, they tend to invest in safe haven assets.

As for the currencies tracked by the Bloomberg Index, most of them lost as risk sentiment waned.

The Mexican peso was the second worst performer in the week (-4.99%), as it fell after President Obrador chose Ms. Victoria Rodriguez, a Finance Ministry official with little experience in monetary policy, to lead the central bank, while the inflation rate recorded its highest level. In 20 years.

Traders and economists are looking for evidence about their views on inflation and monetary policy, the third worst performance this week was the South African rand (-3.43%), after it closed the week’s trading at its lowest level since November 2020 (16.2860 / $), to record the largest drop on Friday. After a new mutant of Covid-19 was discovered in the country.

On the other hand, the Bulgarian lev was the best performer this week (+0.28%), tracking the Euro’s gains.

Both sides of the bridge are filled with sand

Want to know the benefits of bathing in warm water?

Sujan Barua is a resident of Chandgaon area of ​​Chittagong city who has been vocal in the demand to stop...

Both sides of the bridge are filled with sand

Three scientists were awarded the Nobel Prize in Physics this year. It was won by Alain Aspect, John F. Clauser...

Sharmin travels to school with a stick

The girl would also have peace of mind.' According to Sharmin Sultana, her legs hurt from walking to school with...

Want to know the benefits of bathing in warm water?