Deputy Delegation: The President’s speech at the Glasgow summit highlighted the Egyptian efforts 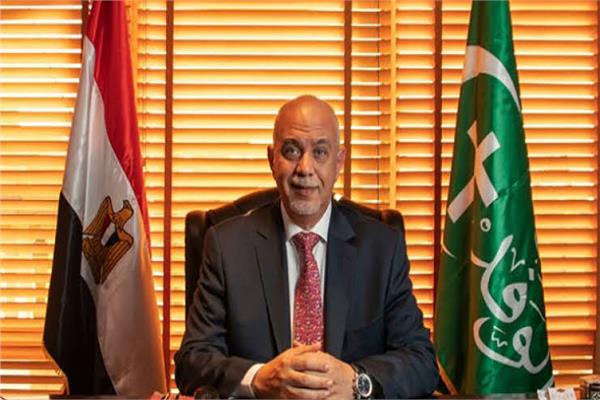 Engineer Hazem El-Gendy, a member of the Senate and assistant head of the Wafd Party for Strategic Planning, confirmed that the 26th session of the United Nations Climate Change Summit in Glasgow is being held amid unprecedented challenges the world is facing due to emissions, especially from fuel and industry, as confronting this needs to Joining forces and unifying international efforts together, stressing that Egypt has made great efforts to confront the damages of climate change, and was the first country in the Middle East to issue green bonds and directed them to environmental and climate projects.

In a statement, El-Gendy said that President Abdel Fattah El-Sisi’s speech, during his participation in the climate summit in Glasgow, was revealing and expressive of the conditions the world is experiencing due to climate change. He was also keen to highlight the Egyptian efforts made by the government to confront the negative effects of climate change. And striving through solidarity with different countries in order to find a development model to be followed in dealing with this phenomenon.

The senator pointed out that President El-Sisi reviewed before the United Nations the national projects adopted by the Egyptian state during the past few years, which aimed at promoting climate action to eventually achieve the goal of reducing the “1.5” degree Celsius, which has become an imperative imposed by nature. It is not possible to delay, the most important of which is the expansion of metro networks, trains and electric cars, which run on clean renewable energy, which aims to preserve the climate and replace fuel with other sources that preserve the environment, such as natural gas, as well as the launch of the expanded national campaign “Be prepared for green”, which comes within the framework of the strategy The national vision of Egypt for sustainable development 2030 with the aim of increasing citizens’ awareness of the environment in which they live, as well as launching the national strategy for climate change for the year 2050.

Read also | Housing Representatives: The President’s speech at the Climate Summit is important and has many positives

Engineer Hazem El-Gendy explained that the establishment of smart cities, the preparation of infrastructure for many means of transportation, water rationalization projects, and the national project for lining canals, which has won the admiration of a large number of countries, all contributed to the implementation of the obligations imposed on Egypt in accordance with the agreements on climate change and their emphasis on Develop a solid strategy that ultimately aims to reach 50% of government-funded green projects by 2025, and 100% by 2030.

The senator indicated that the president was keen in his speech on the need for the major countries to support the African continent, due to the challenges it faces that make it unable to fully commit to its role towards the issue of climate change, which reflects the Egyptian state’s keenness to support, support and stand by the brown continent. Until he overcomes the challenges and risks facing them, calling on the major developed countries to fulfill their financial commitments that were set in accordance with the 2015 Paris Climate Agreement to help developing countries deal with climate change.

Signs of a breakthrough in the crisis..France releases seized British fishing vessel