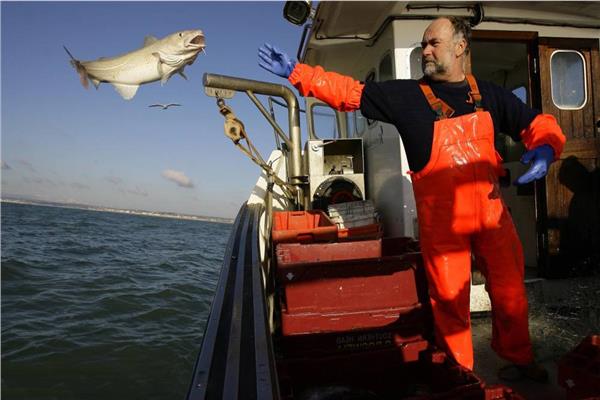 France announced that it will intensify customs inspections and impede trade with Britain from November 2, unless London agrees to grant more licenses to French fishermen to be able to fish in the waters of the United Kingdom.

Those measures include “systematic customs and sanitary checks on products brought into France and a ban on the landings of seafood,” French government spokesman Gabriel Attal told reporters.
The latest dispute between the two neighboring countries is related to the licensing procedures for fishing boats belonging to the European Union countries, which wish to fish in British waters after Brexit.

France was angered by Britain’s refusal to enter dozens of French boats, as well as by the two autonomous islands of Jersey and Guernsey in the English Channel, which depend on London for defense and foreign affairs.

French customs inspections could significantly slow down trade to and from the UK.

British fishermen rely heavily on French ports, which they see as a gateway to the continent.

French Minister of State for European Affairs Clement Bonn said the measures could escalate over time.

He told the French Senate, “It is a first series of measures. Either … it leads to a dialogue about licenses and that will be good, or it leads to the non-implementation of the agreement, and we will then take other measures, including with regard to the supply of electricity, for example,” which reminds of French threats. A precedent for reducing the supply of electricity to the island of Jersey.

News – the latest developments in Corona in the world

District BNP leaders and activists said that a protest rally was organized in front of the house of District BNP...