Ubisoft blames apps like Skype, MSI Afterburner and Discord for performance issues in its titles – Fourals.com

THE Ubisoft used her official Twitter account to post a list of apps that are causing performance issues for her PC games. Its titles such as Assassin’s Creed Valhalla and Far Cry 6 present problems for many gamers, something for which the French company blames programs (third-party of course) such as Skype, MSI Afterburner and Discord. He then suggests disabling them to normalize the situation, although, in most cases (and unfortunately not in all) the developer himself is the one who ensures that these programs are supported by his games.

So far Ubisoft has not commented on whether and when it will fix the problems found in the performance of Far Cry 6 on PC. To be precise, the company has not even given any new details for the first post-launch update of the title. Until then, in the image below you can see which program – according to Ubisoft – is causing problems in the game. 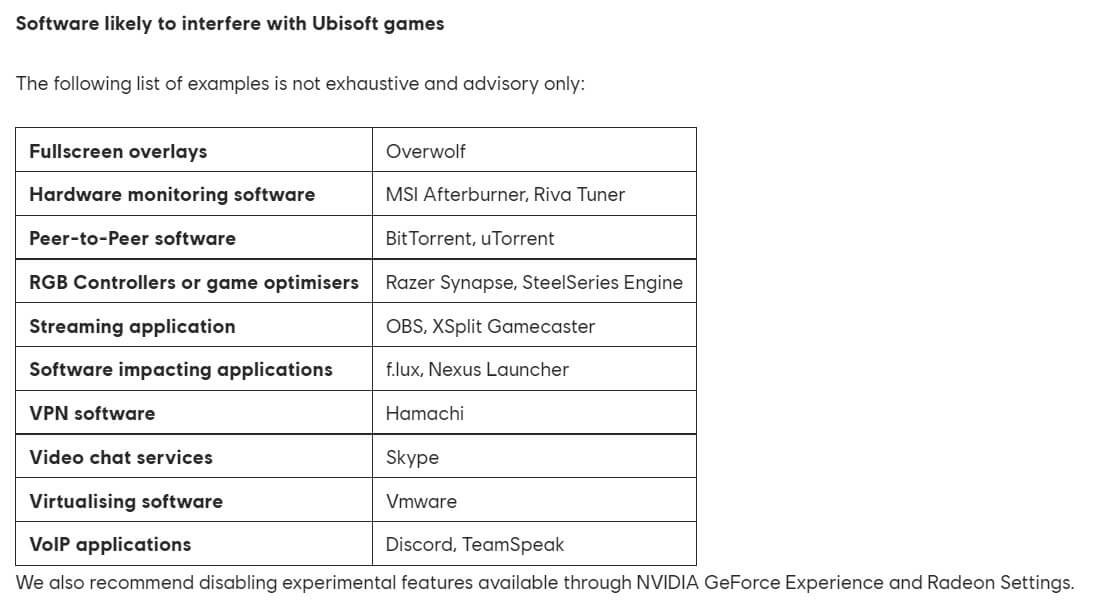 Company of Heroes 3: WWII in February