7 killed trying to climb a mountain peak in northern India 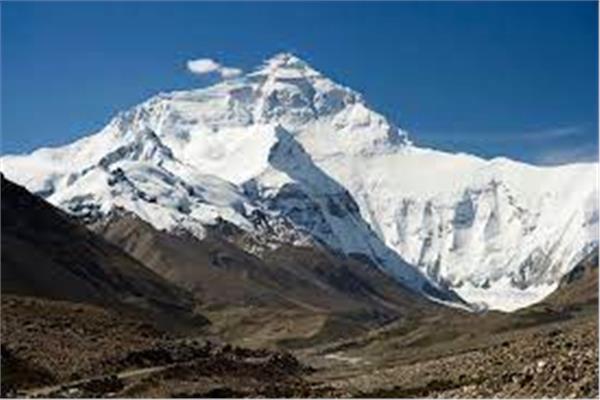 The number of victims of a mountaineering expedition team who encountered bad weather on their way to the northern province of Uttarkashi India Seven dead, after Indian border police recovered two bodies.

Provincial Disaster Management Officer Devendra Patwal said the two victims who were missing have been identified as part of an 11-member team, India’s NDTV channel reported.

He added that 5 other bodies were recovered yesterday, while two are still on the list of the missing, while two other survivors are undergoing the necessary treatment.

Tracing operations have been suspended due to bad weather at an altitude of 12,000 feet, and will resume again as soon as the weather improves.

It is noteworthy that, the summit of the snowy Everest in Nepal witnessed the climbing of the top of the glacier for the first time since the government of Nepal reopened the region after closing it last year.

The government of Nepal closed the Everest mountain region in March 2020 due to the outbreak of the Corona pandemic, until it was reopened to coincide with the new climbing season this year, as it issued 408 permits to climb Everest, which is about 8,849 meters high.

Although an increase in cases of “Covid-19” disease was recently recorded, this did not stop mountaineers from climbing the highest peak in the world.

It is noteworthy that the last record-breaking time to climb Mount Everest was in 2019, that is, before the pandemic year, by Nepalese climber Kami Rita Sherpa, 51, who broke his record by recording 25 ascents.

Earlier, Chinese state media reported that Beijing would mark a “breaking line” on Mount Everest to prevent mingling of climbers in pandemic-stricken Nepal and mountaineers from the Tibet region as a precaution.

Iran: Adventure for a young Italian woman – She went to celebrate her birthday and was arrested

Abdel Hafeez: Raja will compete with Zamalek in the first classification

Iran: Adventure for a young Italian woman – She went to celebrate her birthday and was arrested

A 30-year-old Italian woman got involved in adventures in Iran. The reason for Alesia Piperno who is being held by...

Foden completed the hat-trick with another goal later. In all, his goals for City now stand at 51. Guardiola said...

The Minister of Energy and Mines, Mohamed Arkab, received today, Monday, at the headquarters of his ministerial department, the Director-General...

Soybean oil price is falling by Tk 14 per litre. The price of one liter of bottled soybean oil will...

Abdel Hafeez: Raja will compete with Zamalek in the first classification