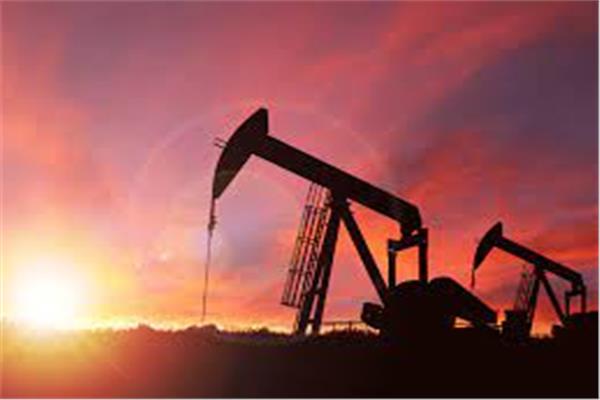 Oil prices fell after touching multi-year highs on Monday to end mixed, as the decline in industrial production in the United States in September reduced the enthusiasm over demand that dominated the market in early trading.

And CNBC Arabia reported that production in US factories was the biggest decline in seven months last month, as a global shortage of semiconductors continued to negatively affect car production, which is further evidence that supply restrictions are hampering economic growth.

“The oil market started the session with a lot of enthusiasm, but weak data on US industrial production led people to lose confidence in demand and China released data that intensified those concerns,” said Phil Flynn, senior analyst at Price Futures Group in New York.

The international benchmark Brent crude contracts ended the trading session as low as 55 cents, or 0.6%, to settle at $84.33 a barrel, after having earlier jumped to $86.04, its highest level since October 2018.

Both benchmarks had posted gains of at least 3% last week.

A government report said today that oil production from the US shale basins is expected to rise in November by 76,000 barrels per day to 8.29 million barrels per day.

The rise of oil in early trading today came with market participants looking forward that easing restrictions after the Corona pandemic and colder weather conditions in the northern half of the world will boost demand.

Chinese data showed that growth in the world’s second-largest economy in the third quarter fell to its lowest level in a year, hit by electricity shortages and supply bottlenecks.

The daily rate of crude refining in China also fell in September to the lowest level since May 2020.

France – Belarus: Rupture in diplomatic relations between the two countries