South Korea to cut greenhouse gas emissions by 40% by 2030 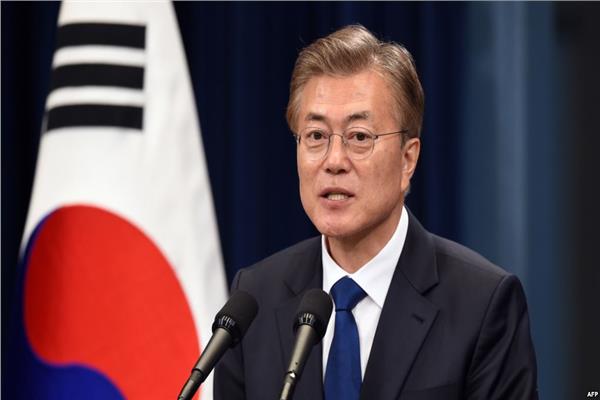 South Korean President Moon Jae-in confirmed that his country will reduce its greenhouse gas emissions by 40% from 2018 levels by 2030; sharply raising its previous target as part of efforts to reduce the pace of climate change, noting that South Korea will achieve carbon neutrality by 2050, and that the country is beginning to face the challenge of responding to climate change and simultaneously achieving sustainable growth.

Moon said, according to Yonhap News Agency, Monday, that the goal of reducing greenhouse gas emissions to 40% shows the country’s strong desire for carbon neutrality and its responsibility to the international community. High from the country’s industrial structure, which is highly dependent on fossil fuels and in order to successfully achieve the goals, the country must combine everyone’s capabilities, corporate changes and government determination.

The target for reducing greenhouse gas emissions was raised sharply from the previous target set in 2020 of 24.4%.

South Korea has promised to spend 8 trillion won (US$6.7 billion) under the Green New Deal, which aims to help the country’s economy recover from the novel coronavirus (Covid-19) by increasing investments in renewable energy sources.

With the participation of the Sheikh of Al-Azhar, religious leaders around the world are facing “climate change”

3 years in prison for Huda Pharaoh