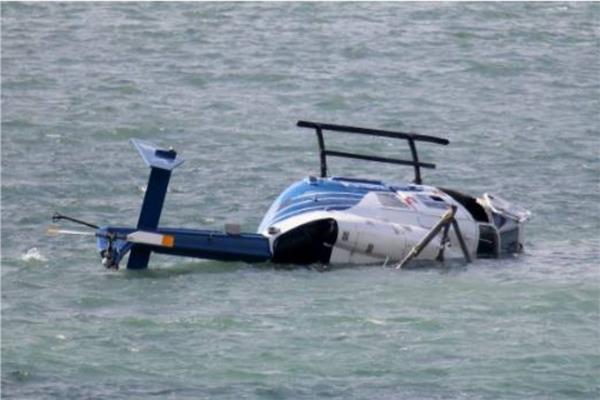 She said Australian Department of Defense Thursday, three Royal Australian Navy helicopter crew members were rescued after they abandoned their helicopter in the Philippine Sea during a routine flight last night.

Australian Defense Minister Peter Dutton told Radio 2GB on Thursday: “They have run into difficulties, and they are not yet sure what went wrong, but the most important thing is that the crew members were rescued… They were brought back to the ship after about 20 years. Accurate ” .

“This only underscores the difficult and dangerous work that the men and women of the Australian Defense Force are doing,” Dutton added.

The commander of the Australian fleet, Rear Admiral Mark Hammond, commended the crews of the two ships involved for their quick response to the emergency.

“The successful rescue is due to the skill and dedication of HMAS Brisbane officers and sailors,” Hammond said.

Iran: Video – horror with brutal beating of protester and attempt to kill him by police

When “Captain Kirk” Sutner experienced space – “Oh my God, the lack of gravity …”

It spreads in cold weather.. Learn about children’s diseases in winter

Today, Monday morning, at 1:51 am, an earthquake measuring 3.9 on the Richter scale was recorded in the state of...

Iran: Video – horror with brutal beating of protester and attempt to kill him by police

A video from Iran, in which police officers are seen in a murderous attack on a protester, causes horror and...

The German defense minister told ARD television, 'Within a few days we will deliver the latest IRIS air defense system....

It spreads in cold weather.. Learn about children's diseases in winter