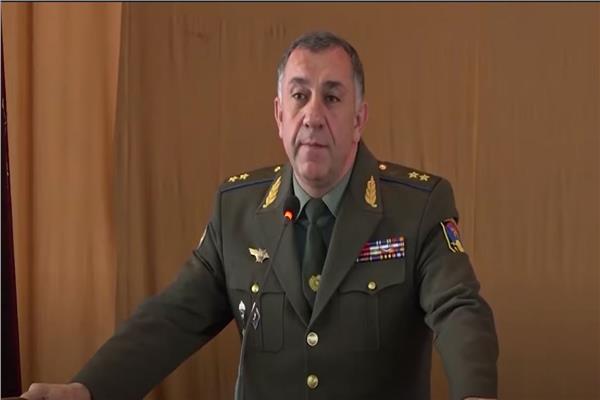 The National Security Authority of Armenia said on Saturday that it had arrested Stepan Kalestyan, Deputy Chief of General Staff of the Armenian Armed Forces, in connection with the embezzlement case.

In a statement, the authority stated that Kalestian was suspected of abusing power and falsifying official documents, which led to huge material losses. The statement added that the commission had asked the judiciary to arrest Kalistian as a precautionary measure.
Read also| Strong earthquake strikes Brazil and Peru

On Friday, the Armenian newspaper “Graparak” reported the arrest of the Deputy Chief of the General Staff and the search of his house.

Calestian is suspected of embezzling a sum of money equivalent to about $4.7 million, and of supplying unusable artillery shells to the Ministry of Defense.

According to the articles of the criminal case, Kalestian made agreements with the Ministry to supply artillery shells manufactured in the 1980s, but the shells supplied to the Ministry were manufactured in 1977 and intended for Czech guns and not suitable for the guns currently used in the Armenian army.

It is reported that on September 30, David Tonoyan, the former Defense Minister of Armenia, and David Kalestyan, director of an arms supplier company, were arrested after they were arrested by the National Security Agency in the same criminal case.

If Michelle’s concerns are ignored, the country’s image will be in crisis

The collapse of gold prices in Egypt .. and 21 karat loses 31 pounds

A Saudi national who was recently sentenced to 34 years in prison for tweeting critical comments about the kingdom's government...

If Michelle’s concerns are ignored, the country’s image will be in crisis

Michel Bachelet asked the government to take into account the allegations of human rights violations rather than denying them. He...

Even today, if I go back to my childhood. As soon as the country became independent, we started going to...

Reuters: US to announce additional $800 million in military aid to Ukraine

The US is preparing to announce an additional $800 million in military aid to Ukraine. Joe Biden's administration to move...

The collapse of gold prices in Egypt .. and 21 karat loses 31 pounds