Usually, when we think of a hare, we do not think of a ruthless warrior, who destroys hundreds of robots with a huge mecha fist, in an industrial-dieselpunk city. But the Chinese TiGames, thought and give us just that in Fist: Forged In Shadow Torch, a 2.5D metroidvania where all the characters are anthropomorphic animals or machines.

The story takes place in Torch City, a sci-fi city owned by Machine Legion. Six years earlier, when the invasion took place, the townspeople tried to fight the machines, but unfortunately they did not succeed. One of the great heroes of the resistance was the hare Rayton, who now lives far away and isolated, with the bitterness of defeat weighing on him. But when his friend, Urso, is captured by the occupying forces, he decides to free him, using his huge mechanical fist. Do not expect much from the plot. There is an attempt to make the story somewhat interesting, but it fails, both because of the many clichés and the fact that almost all the characters are indifferent, with minimal personality and no development. Also, the direction and editing of the cutscenes does not help at all, with some awkward transitions to flashback and the present. At least the voice acting shows a little more passion, without of course going beyond the mediocre level.

As mentioned above, we are dealing with metroidvania, so action and exploration have the first say. The deeper you go in the depths of Torch City, the more you discover new skills for Rayton, such as double jumping, the ability to parry enemy attacks and other interesting skills that help you in battle and how you move. The city is huge, with many secrets to find and of course, many goodies, such as items that your HP raises, but also the SP bar, which is used for the special movements of your weapons. There is also the EP bar, which deals with some limited use items, such as the fortune teller (Estus for hares) that you drink to replenish your health, and which can also be upgraded. The map, which may not be as detailed but is usually not a problem, also helps you to discover the secrets. If we take into account that later you also unlock fast travel points, you will soon be able to move comfortably in the city and its surroundings. 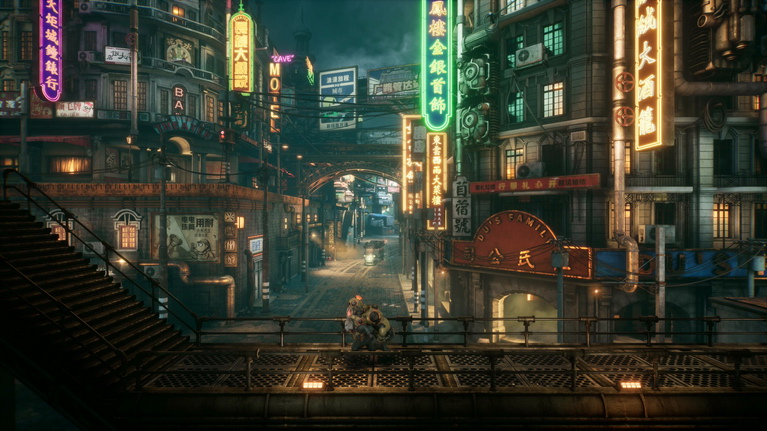 The dishonorable Torch City is beautiful!

At the center of the battle is the hero’s mechanical fist. Initially you have at your disposal simple attacks, powerful attacks and the ability to grab enemies. As you progress in the game, you earn money and you will find data disks, which you use in the skill tree, where you can unlock new attacks and abilities. Later, you find two other forms of punch, the slow drill which is a huge drill that allows multiple blows, and the whip which is a fast whip. Each of them not only has its own skill tree, but also allows access to areas where you could not go earlier. The battle feels good, with each weapon coming with its own peculiarities. You can have impressive results if you alternate between them, so that you can achieve great combos and huge damage to enemies. Do not be fooled though, enemies are not always easy and some of them need specific treatment to get rid of them. In fact, some of the boss fights increase the difficulty quite abruptly and you probably need to do a little practice against them. Commonly, do not expect a pleasant walk, as in addition to the enemies, the environments themselves have various obstacles, puzzles and enough platforming in some areas.

On the PS4 Pro, where the review took place, the game supports dynamic 4K at 60fps (while on the PS5 it is native 4K / 60 fps). One can easily say that the real protagonist of the game is Torch City, whose art design is a combination of Blade Runner and Zootopia, if Zootopia had dieselpunk, industrial influences. With the power of Unreal Engine 4, there are some impressive moments, where in the background the city dominates imposing, bathed in neon lights, but also others where you are in more underground areas, with semi-dark alleys and steam emerging. You will also visit the steep, snow-capped cliffs on the outskirts of the city, workshops and facilities dominated by metal and mechanical elements and various other interesting places. Overall, the game, in terms of visuals, has quite a good variety of environments and has beautiful details and animations, which give the overall atmosphere. One issue, which may only be present in the PS4 version, is that it often takes a while to load the graphical assets, which I do not think is the case with the PS5. There are of course some occasional glitches (to be honest, none of them are gamebreaking), but from what I see TiGames is informed about them, so logically they will be solved with a patch. 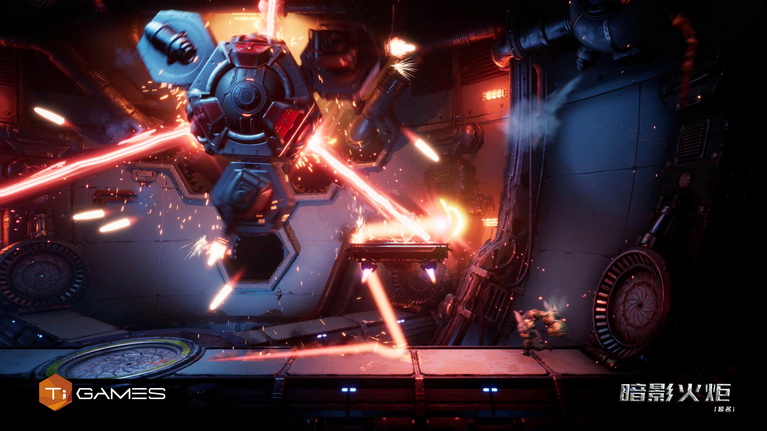 Invasion of PPC, now that it was already becoming more accurate.

The fairly good soundtrack accompanies very nicely both the action and the exploration and has a lot of variety. The music of the game is in tune with the world, and usually moves in electronic / rock / orchestral rhythms with touches of Chinese musical instruments, especially in battles. But there are also quiet moments accompanied by some very atmospheric melodies.

Fist: Forged In Shadow Torch is a (slightly) old-school, quality and fun metroidvania. Despite its weaknesses (mainly in the plot), it will thank old and new fans of the genre in terms of gameplay and atmosphere. So, you faithful who came, because the beating hare is waiting for you!

There is no supply of antidote in Khulna for 5 years