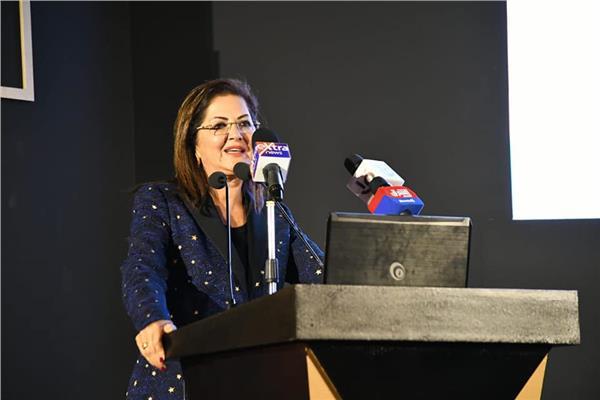 Dr. Hala Al-Saeed, Minister of Planning and Economic Development and Chairman of the Board of Directors of the Sovereign Fund of Egypt, said that the Bab Al-Azab development study project aims to create a stimulating environment for Egyptian and foreign entrepreneurs and innovators that will enable them to develop their products and brands so that they can access and compete in global markets.

She stressed that the establishment of the Sovereign Fund of Egypt came within the framework of the Egyptian state’s plan to achieve the goals of Egypt’s Vision 2030, and what this requires in terms of increasing the volume of investments and diversifying sources of financing. Optimizing the state’s assets and resources to maximize their value and give a strong impetus to development and preserve the rights of future generations, as the Fund seeks to create wealth for future generations by maximizing the value inherent in exploited and untapped assets in Egypt and achieving sustainable financial surpluses, by designing unique investment products from its kind.

Dr. Hala Al-Saeed also confirmed that this step is the first investment projects of the Sovereign Fund of Egypt in the tourism, cultural and service sector in cooperation with the Ministry of Tourism and Antiquities, which will include the restoration and revitalization of the “Bab Al-Azab” area in the citadel with the aim of providing and operating services for visitors there, as part of a comprehensive plan aimed at rehabilitating an uninhabited area. The castle was exploited and opened to the public after its restoration and addition to the list of historical and cultural tourist attractions and destinations.

Al-Saeed expected that the project under study would create hundreds of direct and indirect job opportunities for the people of the surrounding area, attract investments in various creative fields, and create an atmosphere that contributes to preserving and developing many traditional crafts.

Dr. Mostafa Waziri, Secretary-General of the Supreme Council of Antiquities, stressed the state’s interest in preserving, maintaining and exploiting archaeological buildings in a civilized manner that respects the unique historical value and provides visitors with a distinguished experience through cultural awareness activities and services with economic returns that enhance the sustainability of the archaeological site, and create a new pattern to attract tourism related to industries. Creative, which contributes to tourism development.

He also pointed out that the Ministry of Tourism and Antiquities has adopted a new approach over the past years, which is the interest in enhancing the experience of visitors in archaeological sites and museums by adding cultural programs and recreational services to make the visit rich and enjoyable and punctuated by amenities for visitors of all ages, to encourage repeated visits and make archaeological sites an attractive tourist interface.

He explained that believing in the importance of cooperation with specialized bodies with experience in providing and operating services, a number of fruitful partnerships were held with national authorities and private sector companies to provide and operate services in the Giza pyramids area – Baron Empan Palace in Heliopolis – Salah El-Din Castle and others, stressing that Historic Cairo Fustat is witnessing an unprecedented interest by the political leadership in recent times, accompanied by interest in the Citadel of Salah El-Din, with its location in the heart of Cairo, which visitors visit as a main shrine as it is the most important landmark of historical Cairo – one of the largest heritage cities registered on the list of World Heritage Sites (UNESCO). The Citadel of Salah al-Din al-Ayyubi played an important role in the history of Egypt throughout the ages, being the political capital of the country and the seat of government for nearly seven centuries.

He also explained that the castle will begin in the coming period to restore its splendor after the completion of the restoration and maintenance work in the Mosque of Muhammad Ali Pasha, so that we can see the wonderful colorful inscriptions, and the luster of the archaeological Najaf returns, and the chimes of the clock return after a hiatus of nearly 170 years, to be proud after the restoration of the clock tower with its gilded inscriptions, and the walls of shrines and domes return to its former glory.

Ayman Soliman, CEO of the Sovereign Fund of Egypt, said that the fund will work alongside Bidayat and private investors through the Sub-Fund for Tourism, Real Estate Investment and Antiquities Development, to restore and maintain archaeological or architectural buildings, and rehabilitate and equip other buildings in licensed areas and prepare them for submission. Services for visitors and tourists. He also stressed that the sub-fund aims to contribute to sustainable economic development through the management of funds and assets and the optimum utilization of them in accordance with the best international standards and rules to maximize their value and sustainability for future generations.

Suleiman explained that a general plan for restoration will be prepared under the direct supervision of the Supreme Council of Antiquities, the revitalization of the region, and the identification of the investment project components, as part of the state’s orientation towards a sustainable economy and the preservation of antiquities. Historic Cairo with the support of the Prime Minister. Noting that other developers and specialists will be involved in the remaining components of the project.

Last year, the Sovereign Fund of Egypt signed a contract with the Supreme Council of Antiquities to develop, provide and operate visitor services in the archaeological Bab al-Azab area of ​​the Salah al-Din Citadel.

The study aims in place of the memorandum of understanding to develop the general plan and economic feasibility in order to present it to the Supreme Council of Antiquities for approval to create the first integrated creativity zone in the Middle East and Africa in the heart of Historic Cairo, with its unique cultural depth as one of the most important World Heritage sites, through the employment of heritage buildings located within the area Bab El-Azab as important attractions that host the basic components of the creativity zone from educational, creative, craftsmanship, commercial, entertainment and promotional content to attract visitors to the zone from inside and outside Egypt, stimulate the outputs of the creative economy in Egypt and link it to global networks and markets.

The memorandum of understanding was signed by Amr Elhamy, Executive Director of the Egypt Sub-Fund for Tourism, Real Estate Investment and Antiquities Development, and Ahmed El Shaboury, CEO of Bidayyat Misr, in the presence of Dr. Mostafa Waziri, Secretary-General of the Supreme Council of Antiquities, Eng. Sovereign and members of the boards of directors of Egypt’s Sovereign Fund and its subsidiary fund, members of the board of directors of the Bidayyat Investment Group, heads of advisory offices conducting the study and a group of representatives of the heritage, creative and business community in Egypt.

The Bab al-Azab area occupies the lower part of the Salah al-Din Citadel, opposite al-Rumaila Square, a school, Sultan Hassan Mosque, and al-Rifai Mosque. For hundreds of years, Bab al-Azab was the main entrance to the citadel until Muhammad Ali constructed the new door opposite the present-day al-Hataba area.

الخبر- FIFA shuffles the cards of the FAF