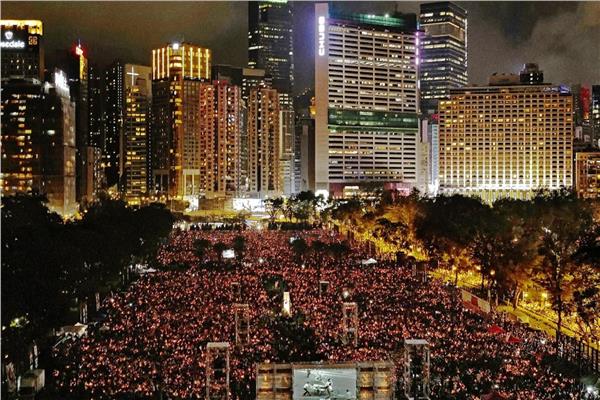 Nine Hong Kong pro-democracy activists have been sentenced to between six and 10 months in prison for participating in a night rally commemorating the Tiananmen events that police banned last year.

Three others were given suspended sentences for the same charges of participating in an illegal gathering or inciting others to participate.

The rulings came a week after the leaders of the group that organized the annual gathering were separately charged with inciting conspiracy following a police raid on a city museum dedicated to the victims of the Tiananmen Square events in Beijing in 1989.

For three decades, the Hong Kong Alliance has organized nightly rallies on that anniversary.

After the event was the most symbolic of political freedoms in Hong Kong, the authorities banned the June 4 gathering for the past two years, citing the Covid pandemic and security risks.

But China is currently changing the image of the financial center to something similar to its authoritarian image, following demonstrations calling for democracy, sometimes punctuated by violence in 2019.

Prominent activists of the democratic movement were arrested and those deemed “unpatriotic” were excluded.

With dates and carrier channels.. Learn about the most prominent matches of fiery Wednesday

In preparation for study.. Golden tips for preparing a healthy lunch box

In preparation for study.. Golden tips for preparing a healthy lunch box