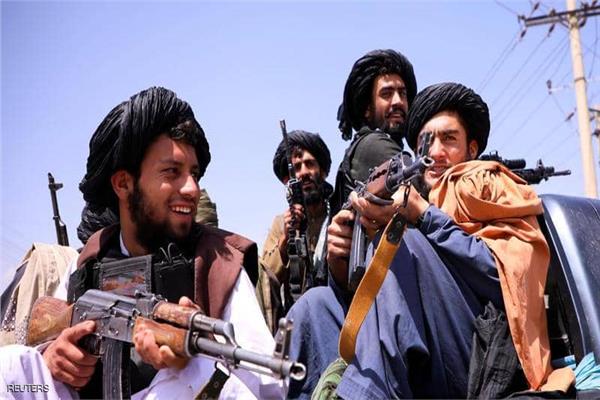 Pictures published by media and social networks showed the flag of the “Taliban” movement drawn on the walls of the US Embassy in Kabul.
On Thursday, August 12, the US Department of Defense announced that it would send 3,000 additional soldiers on a temporary mission to Afghanistan to help secure the withdrawal of members of the US diplomatic mission from the US embassy in Kabul.

Pentagon spokesman John Kirby said that the first batch of troops would have arrived within 24 to 48 hours, noting that the US military would transport embassy staff to Kabul airport by air.
It should be noted that the US embassy announced in the middle of last month, after the Taliban took control of the capital, Kabul, that it had lowered the American flag from the building of its embassy compound there.
In April, US President Joe Biden announced his intention to complete this withdrawal by the twentieth anniversary of the September 11 attacks, in addition to the announcement by many countries of the world to withdraw their forces from Afghanistan as part of the NATO forces.

It is noteworthy that with the withdrawal of foreign forces, the “Taliban” movement was able to control the Afghan capital, Kabul, without much resistance from the Afghan army on August 15, 2021, after the successive fall of the Afghan provinces to the movement, and its fighters managed to enter the presidential palace in Kabul after President Ashraf fled Ghani to the UAE, which said it hosted him for “humanitarian reasons”.

Read also: Cuba is the first country in the world to vaccinate children over two years old against Corona

Lamamra embarks on a working visit to Mauritania