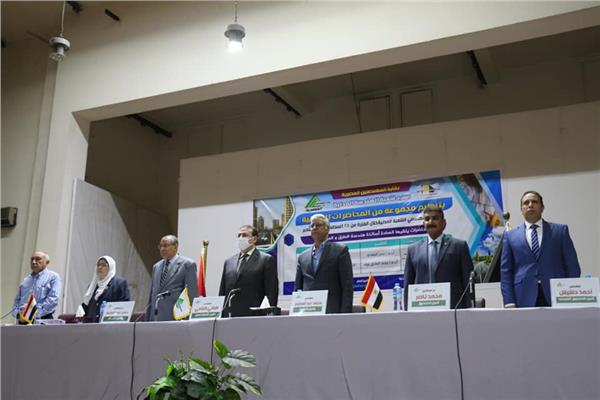 Supreme Council approved of the General Syndicate of Engineers During its session, which was held for several hours, I had to start implementing the Engineers Hospital project in Badr City, after long discussions during which various inquiries and theses were raised, and listened to the opinion of the Fund Secretariat and the Pensions Committee, where they emphasized that the initial funding for the establishment of the hospital would never affect the pensions of engineers.

In his speech, Engineer Hani Dahi, the General Syndicate of Engineers, confirmed that the union is witnessing a movement in many files, including the file of investing the union’s assets that have been suspended for years.

Appreciating what the subsidiary unions witnessed during the past months of a movement that resulted in various projects, including building housing units for engineers and laying the foundation stone for some of them in the governorates, as happened on the ground in the Syndicate of Engineers in Menoufia, the Syndicate of Beni Suef, Port Said and others.

Pointing out that the Supreme Council, since assuming responsibility, spares no effort and works all the time to come up with the best decisions that contribute to the advancement of the union for the sake of the profession and engineers.

For his part, Engineer Mohamed Nasser, Secretary of the Engineers Syndicate, confirmed that the financial position of the Pension Fund allows financing the construction works of the Engineers Hospital without prejudice to pensions.

Engineer Ahmed Hashish, Assistant Treasurer, also confirmed that the budget surplus achieved by the current council allows financing the construction works of a hospital without prejudice to the engineers’ pensions, as well as the surplus monthly flows of the union’s resources that cover the monthly flows required for the functioning of the hospital’s business according to the implementation timetable.

The Supreme Council of the Syndicate met under the chairmanship of Eng. Hani Dahi, Captain of Engineers, and both..