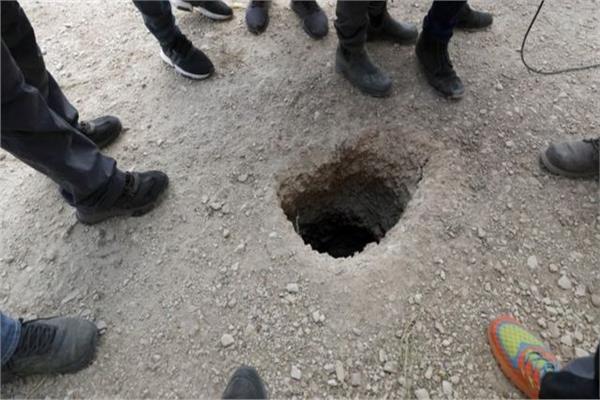 The Israeli authorities conducted preliminary investigations into the escape of the six Palestinian prisoners from Gilboa prison, confirming that the escapees continued to dig a tunnel for weeks without anyone noticing.

According to “Israeli Channel 12”, the escape operation was discovered two hours after it occurred, stressing that “no jamming devices were activated on mobile phones, and no intelligence information was available about the prisoners’ intention to escape from prison.”
Read also|6 Palestinian prisoners, including a military commander, escaped from a high-security prison

The facts indicated that a tunnel was discovered in Gilboa prison in 2014, and the matter was not taken into account, stressing that the prison administration agreed yesterday to (the former commander of the “Al-Aqsa Martyrs’ Brigades” in Jenin camp), Zakaria al-Zubaidi, to move to the Islamic Jihad room.”

The Israeli channel also confirmed that “the investigations also revealed the sleep of the female soldier who was on the guard tower near the prisoners’ exit point.”

This morning, the Israeli army began a large-scale combing operation in search of 6 Palestinian detainees who escaped from the highly-security Gilboa prison in northern Israel, through a tunnel they dug over a period of weeks. The Israel Prison Service estimated that the escape took place at 1:30 am this morning, when the six prisoners escaped through the tunnel, and they were reported by Israeli citizens at 3 am.

For his part, Israeli Prime Minister Naftali Bennett commented on the prisoners’ escape from Gilboa prison, saying: “A serious incident that requires a systematic effort by the security forces.”

Gilboa Prison, which was established in the wake of the second intifada in Palestine in 2000, is considered one of the most guarded prisons in Israel.

Becky: Guardiola was still upset about my relationship with singer Shakira! – Sunrise Online